Several hundred SIPTU and Forsa members who work in Local Employment Services and Jobs Clubs protested outside Government Buildings today at plans to put out to tender the running of the services.

The workers say the proposal to open up the operation of the services to for-profit private sector operators threatens their livelihoods and the "vital" role they provide to the community.

Last month they voted in favour of industrial action over the issue and chose today as a first national day of protest to try to draw attention to the matter.

During the protest they called on the Taoiseach to personally intervene in a letter delivered to his department.

The up to 300 staff said they were left with no choice after what they described as a "failure" of the Minister for Social Protection Heather Humphreys to engage with them on the future of the sector.

"The reality is that these workers and local development companies have very successfully provided this essential public service for over 25 years," said Adrian Kane, SIPTU Public Administration and Community Division Organiser.

"In the face of an attempt to privatise the sector, they have been left with no other option but to take to the streets to fight for their jobs and the vital services they provide."

Staff in the services assist unemployed people with supports ranging from literacy to interview skills to job placement.

While the services are funded by the Department of Social Protection, the staff are not government employees.

The Government has committed in its economic stimulus plans to grow the level of resources aimed at getting people back to work.

The department has previously said that existing operations could apply under the proposed tender to continue running them.

It said it has commenced a phased procurement for employment services across the state, with phase one focused on a Regional Employment Service of four lots over seven counties in the Midlands and North-East, as they are areas that do not currently have such a service.

Phase two will follow later this year with the aim of having services in place for January 2022, the department said recently.

"Jobs have been lost already and more are on the line if this privatisation proceeds as planned," Fórsa official, Lynn Coffey said.

"Vital community employment services will also be damaged at a time when over 300,000 people are unemployed or on PUP payments."

"Privatisation does not work in community services," she said.

"It will result in chronic long-term unemployment and subsequent social problems for individuals who have many barriers to employment. Pulling the service now from safe hands, at a time when Covid-19 presents an employment crisis like never before, just beggars belief." 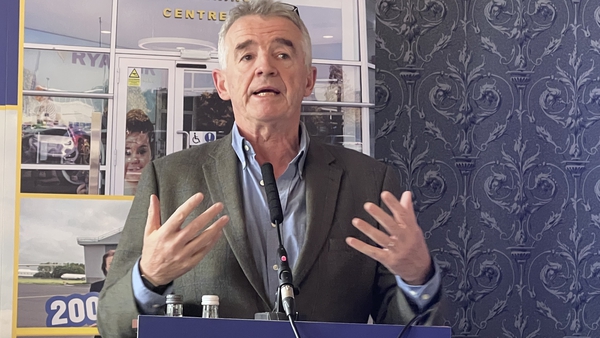 Ryanair aims to create up to 2,000 Irish jobs