More than 1.3 million people received one or more of the Government's Covid-19 income supports by the middle of this year, according to data published by the Central Statistics Office (CSO), which aims to give an overview of the impact of the virus on the country over the past 18 months.

In terms of the economy, the figures reveal that revenues in 2020 were €3.6 billion lower than in the previous year - largely due to the restrictions in place over the course of the year.

It states that the main driver of the decline was indirect taxes – reduced VAT receipts and the waiver of commercial rates leading to a reduction of €3.3 billion in revenues.

CSO figures show that before the pandemic hit, the highest number of people in employment in Ireland was recorded in the final quarter of 2019, when more than 2.36 million people were in employment and the unemployment rate was 4.5%.

The public health measures introduced by the Government in March last year to help control the spread of the virus, saw the Covid-19 adjusted unemployment rate peak at 31.5% last April, before falling back to just under 16% in September 2020.

The reintroduction of restrictions in the New Year saw it rise again to more than 27% in January 2021.

The CSO figures show that the easing of restrictions over the course of this year has seen this unemployment rate fall back to 12.4% in August 2021.

The CSO data shows that those who lost their jobs due to the pandemic were most likely to be younger, lower-skilled and in part-time positions.

The sectors worst hit in terms of job losses include tourism, hospitality and food service, retail and construction. Compared to the first quarter of 2020, the figures show that Government subsidies to households were up by €1.1bn, driven by the Wage Subsidy Scheme.

Social protection payments grew by €2.7bn, largely due to the Pandemic Unemployment Payment, in the first quarter of 2021.

The percentage of businesses with staff on Covid-19 income support peaked in April last year at more than 57%, while the lowest was in September 2020 at more than 30%.

According to the CSO data, 56% of SMEs reported closing at some point during the pandemic in 2020, while 67% reported less turnover than would be normally expected.

The hardest hit sector was accommodation and food service sector where 90% of firms had to close at some point - and 80% reported less turnover than normal expectations. 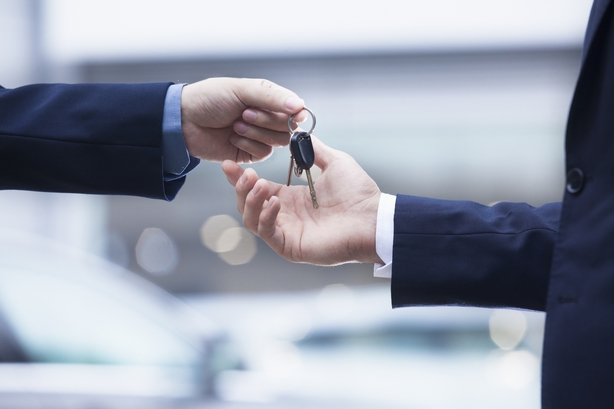 This trend has continued with electric and hybrid cars accounting for more than 32% of all new cars purchased in the first seven months of this year.

CSO figures show there has been a rebound in new dwelling completions to pre-Covid-19 levels, with apartments accounting for more than a quarter of completions in the second quarter of this year.