New figures from the Society of the Irish Motor Industry show that 6,013 new cars registrations were filed in August, an increase of 25.1% on the number of registrations in August of last year.

Brian Cooke, SIMI's Director General, said the appetite among consumers for new cars, boosted by pent-up demand and strong consumer savings, that was in evidence in July has continued into August.

But Brian Cooke said the numbers must be viewed in the context of the pre-Covid market, and registrations are still lagging 18% behind 2019.

"The new car market has in recent years been hampered not only by the pandemic, but also by Brexit related issues, and this has seen several years of a weakened new car market," Mr Cooke said.

"What is positive is that those businesses and consumers who have been buying new cars are choosing lower emitting vehicles across all fuel types. In particular there has been a significant uplift in the sale of new electric cars since the start of this year," he noted. 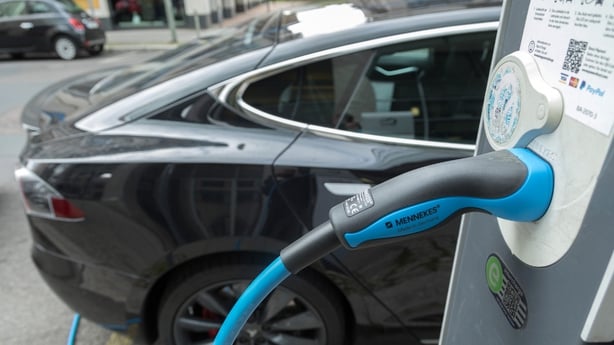 He said that as the country moves into a post pandemic economic environment, it is vital that the momentum behind this drive to lower emissions is maintained and built upon.

"It is important that both the Government and the Motor Industry deliver affordable transport options to give consumers the real choice to make positive environmental decisions," he said.

"For the Industry this means continued investment in driving down emissions from the vehicles they produce. For Government any Budgetary measures in relation to new cars must support a strong new car market that focuses on lower emitting vehicles, and also on getting older higher emitting vehicles off the road," he added.

The SIMI boss said integrated incentives to build consumer confidence and encourage behavioural change across both the new and used vehicle markets are needed.

"In Budget 2022 this means a Budget that encourages consumers and business to trade up to a lower emitting vehicle. The electric vehicle grants, the zero percent Benefit-In-Kind (BIK) for company cars and other incentives are vital supports to increase the sales of EVs and these need to be extended," he urged.