Drugmakers Pfizer, BioNTech and Moderna are expected to reap billions of dollars from Covid-19 booster shots in a market that could rival the $6 billion in annual sales for flu vaccines for years to come, analysts and healthcare investors say.

For several months, the companies have said they expect that fully inoculated people will need an extra dose of their vaccines to maintain protection over time and to fend off new coronavirus variants.

Now a growing list of governments, including Chile, Germany and Israel, have decided to offer booster doses to older citizens or people with weak immune systems in the face of the fast-spreading Delta variant.

Pfizer, along with its German partner BioNTech, and Moderna have together locked up over $60 billion in sales of the shots just in 2021 and 2022.

The agreements include supply of the initial two doses of their vaccines as well as billions of dollars in potential boosters for wealthy nations.

Going forward, analysts have forecast revenue of over $6.6 billion for the Pfizer/BioNTech shot and $7.6 billion for Moderna in 2023, mostly from booster sales.

They eventually see the annual market settling at around $5 billion or higher, with additional drugmakers competing for those sales. 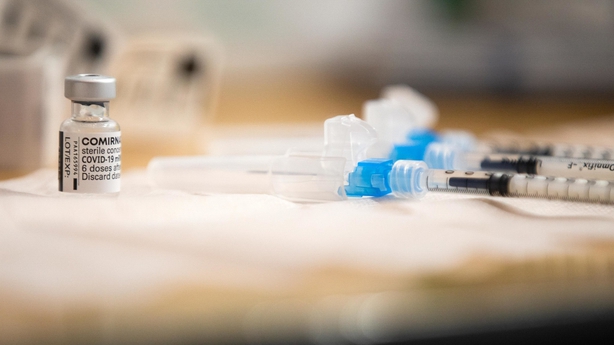 The vaccine makers say that evidence of waning antibody levels in vaccinated people after six months, as well as an increasing rate of breakthrough infections in countries hit by the Delta variant, support the need for booster shots.

The profit potential of booster shots may be limited by the number of competitors who enter the market.

In addition, some scientists question whether there is enough evidence that boosters are needed, particularly for younger, healthy people.

The World Health Organization has asked governments to hold off on booster shots until more people worldwide receive their initial doses.

"We don't know what the market forces will be," Moderna President Stephen Hoge said in an interview last week.

"At some point, this will become a more traditional market - we'll look at what are the populations at risk, what value are we creating, and what are the number of products that serve that value. That will ultimately impact price."

During the company's second-quarter earnings call, executives said they believe a third dose will be necessary six to eight months after vaccination, and regularly afterward.