Residential property prices rose again in June, according to the latest figures from the Central Statistics Office.

The price of houses and apartments nationally rose by 6.9% in the year to June, compared to 5.4% in May.

There was no change in prices in the year to June 2020.

In Dublin, residential property rose by 6.4% while properties outside Dublin rose by 7.4%.

Outside Dublin, houses rose by 6.8% while apartments increased by 15.2%.

It shows that in the second three months of 2021, the price of new dwellings rose by 2.2% compared to the same period in 2020, which was slower than the 2.5% recorded in the first three months of the year.

Existing dwellings rose by 6.7% compared to the same period last year, up sharply from the 3.2% recorded in the first quarter.

The number of transactions was also up in June.

A total of 3,473 purchases were registered with Revenue, worth a total of €1.1 billion.

Existing dwellings made up 85% of transactions, up from 60% in June. The balance was new dwellings. 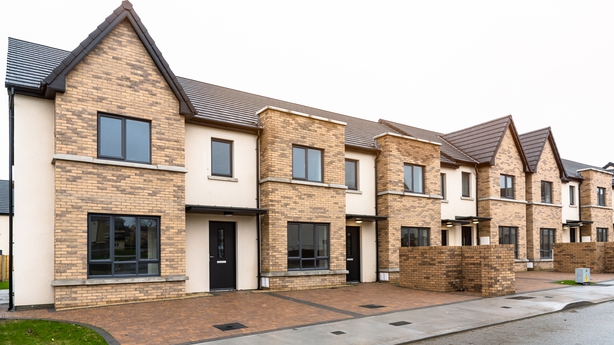 When measured by Eircode, five of the most expensive locations were in Dublin.

A94 Blackrock remains the most expensive with the median property €635,095.

Outside Dublin, the most expensive Eircode was A63 Greystones with a median price of €495,000.

The least expensive was F45 Castlerea in Co. Roscommon, with a median price of €87,000.

Brokers Ireland said the market needs a far greater level of supply of new homes and at affordable prices.

Rachel McGovern, Director of Financial Services at the organisation, said, "In that regard the Government's new Housing for All plan will be eagerly awaited. It must contain a whole-of-Government approach that tackles long-standing impediments to building affordable homes and hasten the end of piecemeal policy on housing."

Brokers Ireland has called on the Central Bank to make a number of changes to its macroprudential mortgage rules to make them fairer, aid home ownership and move more into line with European norms.

In a submission to the Central Bank the organisation says the current loan to income ratio is "a crude and unfair way to determine affordability".