United Airlines Chief Executive Scott Kirby said he believes more US companies and organisations will begin requiring Covid-19 vaccinations, after a meeting with President Joe Biden on the topic on Wednesday.

"A few weeks from now, this is going to be something that's widespread across the country because it's really just a basic safety issue," Mr Kirby told CNN after the meeting.

United is among a growing list of US companies mandating shots for workers as Covid-19 cases and hospitalisations soar in areas with low vaccination rates, mainly conservative states in the US South.

Mr Kirby said Biden had asked those at the 30-minute meeting about their vaccination efforts and encouraged them to persuade other business leaders to follow suit. 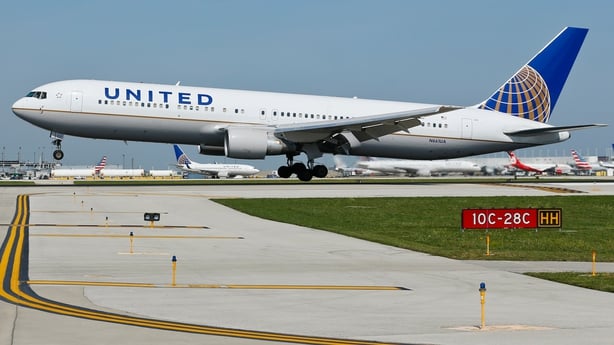 Alaska Airlines, which employs about 20,000 people, said separately that it was looking closely at whether it would require that its employees be vaccinated.

"If we do, the requirement would not be effective until at least one vaccine is fully approved by the FDA and would include appropriate religious and medical exemptions", an Alaska Airlines spokesperson said in an emailed statement.

Biden has endorsed companies and local governments pressing more people to get vaccinated.

"I will have their backs and the backs of other private- and public-sector leaders if they take such steps," the Democratic president said last week.

United announced its vaccine requirement for US-based employees last week and Mr Kirby said that while some had opposed the move, the overall response had been overwhelmingly positive.

Mandating vaccines for passengers would be more difficult, he said, citing logistical challenges.

Its major US rivals, American Airlines, Delta Air Lines and Southwest Airlines, are encouraging employee vaccinations but not imposing them.

US airlines have enjoyed a broad rebound in travel demand this summer, but Southwest warned on Wednesday that rising Covid-19 cases were hitting demand, a sign of the impact of the Delta variant on the US economy.

Among other transportation companies, US passenger railroad Amtrak said on Wednesday it would require all of its 18,000 employees to be fully vaccinated against Covod-19 by 1 November or submit to weekly testing.