The impact of the Covid-19 pandemic sent pre-tax profits tumbling by 67% at IKEA's Dublin store at Ballymun and its online operations here last year to €3.69m.

The furnishing giant's Ballymun store is one of the group's most successful stores worldwide.

The revenues for last year equate to average weekly revenues of €3.39m.

However, the drop in revenues at Ikea Ireland Ltd would have been far greater but for the growth in online sales with e-commerce operations accounting for 24% of sales last year compared to 16% in 2019.

The firm's current financial year to the end of August has been interrupted by two further lockdowns and the directors state that the company’s sales results have significantly improved compared to the first lockdown.

"We expect a less than 5% deviation from our sales targets for 2021 based on our Store and Order and Collection Point re-opening to customers at the end of May 2021," the directors added.

The directors stated that prior to the Covid-19 lockdown in March 2020, the first six months of the year "headed off to a great start and the company had been enjoying a 4% year on year growth in turnover mainly fuelled by increased e-commerce activity".

But in the second half of its 2020 financial year, the business was "severely impacted" by Covid-19, they added.

The company, according to the directors, took the conscious decision not to avail of Government Covid-19 wage subsidy schemes "and pay all our co-workers throughout 2020, despite the fact that some of them were not fully occupied during the lockdown period". 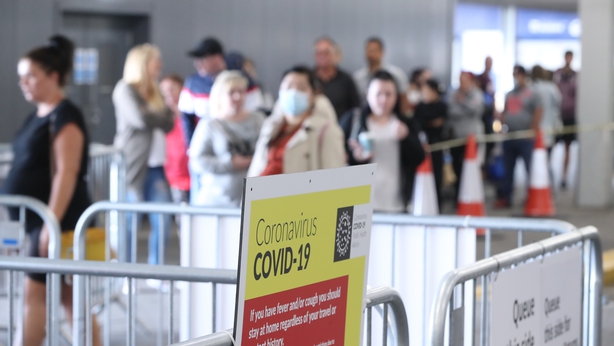 The directors stated that the company reduced its costs by 10.9% and the costs included "significant incremental costs associated with extra safety and cleaning measures".

In response to Brexit, the company took the decision to switch its Distribution Centre supply to the store in Dublin from the UK to Belgium prior to December 2020.

The directors revealed that the central fulfilment of customer orders though - mainly for the online business - is still done from the UK.

The company last year recorded post tax profits of €2.96m after a corporation tax charge of €729,929.

Accumulated profits at the end of August last stood at €24.2m. Shareholder funds totalled €29.27m. The company's cash pile reduced from €2.88m to €1m during the year.

2019 was the Ballymun store’s 10th anniversary here and over those 10 years, the store has recorded 30 million customer visitors with three quarters of the population having visited since it opened.