It is not often that the EU Commission President visits Ireland.

But what is the Recovery and Resilience Facility as it is known and how will Ireland benefit from it?

How big is the fund?

It is the largest stimulus package ever financed by the EU.

The EU is using its size and power to borrow the money for the scheme on the international financial markets at very low cost through a series of bond issuances.

How much will Ireland get?

The amount that each country gets is based on an allocation key, or set of criteria, that the Commission developed, and member states agreed to, in July of last year.

Ireland as a small country in the EU and one that has coped reasonably well with the pandemic from an economic perspective will be receiving a pretty small portion of the overall fund.

It was the only EU country whose economy actually grew last year, thanks to the positive influence of multinationals and their exports.

So in total, Ireland is pencilled in to receive €989m, made up entirely of grants.

This means the state will not be increasing its national debt further by availing of the plan.

The money will be paid out in tranches, based on milestones and targets being met and achieved.

What does Ireland have to do to get it?

Ireland had to devise a detailed plan of how it would spend the money and submit that to the EU Commission for approval.

The Commission has now adopted it and the European Council now has four weeks to confirm that decision.

Ireland will then have to sign a legal agreement and contract with the EU.

The process will then begin towards releasing the funds to Ireland, subject to those milestones and targets being met.

What will the money be used for?

Every plan has to comply with six pillar objectives.

But key to it is that a minimum of 37% of the funding has to be devoted to climate and sustainability with a further minimum of 20% going towards digital transformation projects.

There is a fundamental principle that any measures must not do any significant harm.

The plans also have to take account of "country specific recommendations", the surveillance measures that all member states follow since the financial crisis. 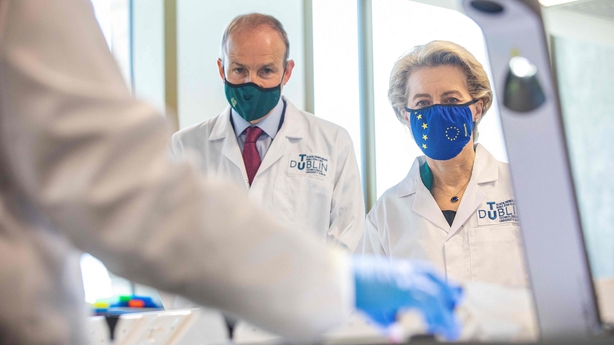 Within those there are a total of 25 measures, made up of nine reforms and 16 investments.

They will be measured using 109 milestones and targets.

So what is the green transition funding being spent on?

In total, 42% of Ireland's funding or €503m will be spent on climate and greening objectives.

These include the electrification of the Cork commuter rail line at a cost of €164m, the rehabilitation of 33,000 hectares of peatland which will cost €108m and the retrofitting of residential and public buildings, totalling €100m.

There will also be a river basin management plan that will see 10 wastewater treatment plants not already scheduled for upgrade get one.

There will be also be reform of the climate governance framework with the enshrining of climate neutrality by 2050 into law and the implementation of carbon tax plans.

And digital transformation – What is happening there?

In terms of the digital transformation agenda, 32% of the funding or €291m will be spent on this.

€105m will be spent on the digitalisation of public administration and services, with €85m to go to the digital transformation of Irish enterprises.

€64m will go towards the funding of connectivity and ICT devices in schools and €39m to the development of a shared Government data centre.

Money will also go towards the roll out of a number of eHealth initiatives including community eHealth solutions, investment in ePharmacy, and in an integrated financial management system as part of wider health system reform. 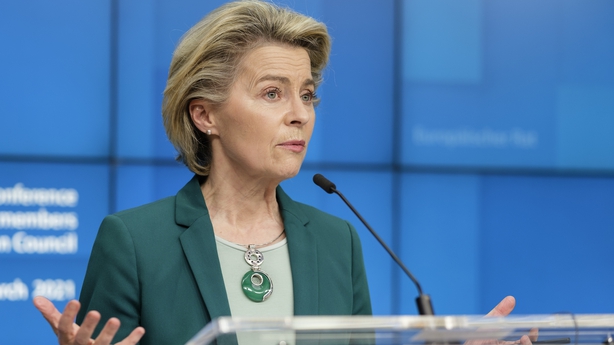 Key digital reforms will include addressing the digital divide by ensuring that all in education develop skills to engage in the digital economy and take advantage of the digital transition.

On the topic of social and economic resilience, there is €114m for reskilling and upskilling workers in the labour market – something seen as key in the effort to get people back to work after the pandemic.

Work placement programmes will receive €27m and there will be support for higher education in technological universities to the tune of €40m.

There will be money for reform of healthcare through progressing Slaintecare, as well as the digitalisation of healthcare.

On housing, funding will be provided to assist the establishment of the Land Development Agency, with a view to increasing the supply of social and affordable housing.

There will also be a focus on reducing barriers to entrepreneurship, strengthening the anti-money laundering framework and tackling the problem of aggressive tax planning – although the current OECD proposals around corporation tax changes will not be in scope.

What is the plan likely to do for the Irish economy?

The European Commission estimate the Recovery and Resilience Facility could increase Ireland's GDP by between 0.3% and 0.5% by 2026.

However, the bulk of this will come from the cross-border spill over effects of the benefits the fund brings to other member states.

Can Ireland's plan be amended?

Yes, in theory it can be amended along the way if a reform or an investment proves impossible to complete.

A participating state can ask for a revision of their plan but they must still comply with the EU's legal requirements.

One difficult area to note for Ireland and other member states is costings, because the Commission wants to be sure every project is properly costed at each step along the way.

And if something goes overbudget, then the member state picks up the tab.