The Minister for Social Protection said the Pandemic Unemployment Payment scheme is being closed to new entrants from tomorrow as the Government does not expect any new restrictions that will result in job losses.

Heather Humphreys said that the Government expects that as the economy continues to reopen and as Covid-19 vaccines are rolled out, the 221,000 people still in receipt of the payment will return to work.

The minister confirmed that in total €8.2bn has been paid out under the PUP scheme since it was first introduced as an emergency 12-week measure in March last year.

More than 900,000 people have received a PUP payment since that time.

The Irish National Organisation of the Unemployed has raised concerns that those returning to work may be facing reduced hours or the prospect of hours being cut in the future, and yet employees are not allowed to work at all in order to qualify for the PUP.

INOU Policy Officer Brid O'Brien said it is something the Government needs to revisit.

"I think that option should be there for people...to be able to take up some work and also keep some of their payment," she said, adding that it is something that the Government had allowed self-employed people to do.

But Minister Humphreys said there are other supports available for those who cannot get full-time work and need additional assistance.

Ms O'Brien also said the rates that the PUP were set at are an indication that existing payments are inadequate and that this needs to be examined again.

She said those coming off the PUP would face a challenge in determining whether they are entitled to a job seekers' payment.

ESRI Senior Research Officer Claire Keane said given the cost of the PUP and the fact it has been funded by borrowing, now is a timely moment to consider winding it down.

But she said students would be impacted in particular by the wind down as they are not currently entitled to unemployment benefits.

She also added that young people who are not students would also be effected if employment does not bounce back as they are only entitled to around half of what over-25s receive in job seekers' allowance.

The PUP was due to close to new registrations last week, but following the decision by the Government to delay the resumption of indoor hospitality, it was extended for a further seven days.

At the peak of the crisis in May of last year, 598,000 people were in receipt of the PUP, but this week the Department of Social Protection said 221,000 will receive it.

That is down 6,900 on last week, despite the decision to delay the further reopening of hospitality until at least 19 July.

Because of the huge cost of the scheme, the Government is keen to wind it down as the economy reopens and laid out a strategy for doing so in the National Economic Recovery Plan.

It will continue at current rates until 7 September.

On that date it will reduce by €50 and it will then be cut by a further €50 on both 16 November and on 8 February next year.

Separately, the Department of Social Protection has begun a process of contacting PUP recipients to ask them to confirm their ongoing entitlement to it through the MyWelfare portal by 20 July. 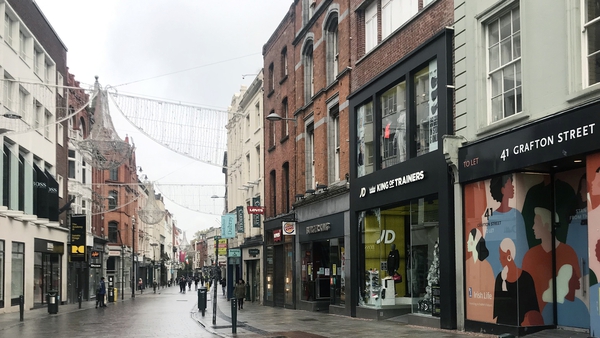