The Central Bank has upgraded its forecasts for growth in the economy in its latest quarterly bulletin.

It has also said that any decision to permanently increase spending in upcoming budgets will have to balanced by new taxes or reduced spending in other areas.

This, it says, will involve "trade offs" and choices as "structural imbalances between revenue and expenditure may emerge".

It warns that lower corporate tax receipts in the future and the cost of an ageing population make it "reasonable to consider the need for revenue-raising measures or reducing other areas of spending".

It says that if current spending is sustainable then it creates the space for investing in the known deficits in housing and climate action.

The bulletin also notes that increases in current spending of between €5.4 billion and €8.5 billion introduced in Budget 2021 will also have to financed over the medium term.

The Central Bank has forecast GDP growth of 8.3% this year and 5.4% next year.

Modified Domestic Demand, which measures activity in the domestic economy, is forecast to grow by 3.4% this year and 5.6% next year.

The main driver of growth will continue to be exports of pharmaceuticals and computer services and the bulletin notes that when contract manufacturing is also included, the three sectors accounted for 69% of the value of our exports in the first three months of this year.

'Contract manufacturing' is when goods are made abroad for companies registered in Ireland, so the products are counted as Irish exports.

However, agri-food exports to the UK, as a result of Brexit, have fallen and are expected to fall further this year.

Unemployment, including those on the PUP, is expected to average 17.6% this year before falling to 8.5% next year.

The Central Bank also cautions that strong demand and a potentially slow response from the labour force may see average wages rise by 4.9% next year.

Some of this is due to the statistical effect of lower paid workers losing their jobs so that the average wage level of the workers left in employment consequently rises. Also, wages have been continuing to increase in sectors like IT.

Inflation is expected to rise this year to just under 2% because of higher energy prices, bottlenecks in certain sectors and the recovery in the economy. These price effects are expected to be transitory.

The bulletin details how consumer confidence and spending are recovering, although the recovery is still considered to be in an early phase.

The savings built up by some during the pandemic and whether and how they are spent is considered to be an important factor in the recovery.

The Central Bank notes that at the end of May on an annual basis, lodgements exceeded withdrawals in deposit accounts by 11.9% or €14 billion.

However, in the three months to May, the level of lodgements began to decline compared to the same period last year.

The bank believes that between €9 billion and €12 billion may be "excess" savings which may be spent, continue to be saved or invested in places like the property market.

It also estimates that 25,000 fewer homes will have been built between 2020-2023, due to pandemic restrictions over the past 18 months.

It predicts 20,000 housing units will be completed this year, rising to 23,000 next year. It also warns that recent increases in building materials will add to higher prices already being stoked by demand. 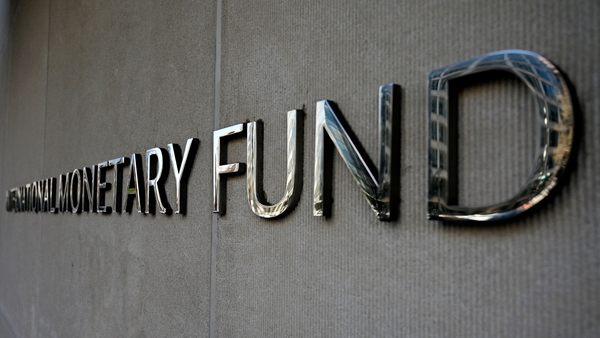