New Central Statistics Office figures show the "dramatic impact" the Covid-19 pandemic continues to have on international travel to and from Ireland.

The CSO said that overseas travel in May increased nearly threefold compared to the same month last year, when there were 28,300 arrivals and 36,300 departures.

Today's figures also show that continental routes contributed most to the passenger traffic in May.

Just 4,900 passengers arrived on transatlantic routes and 4,500 passengers departed on these routes, the CSO added. 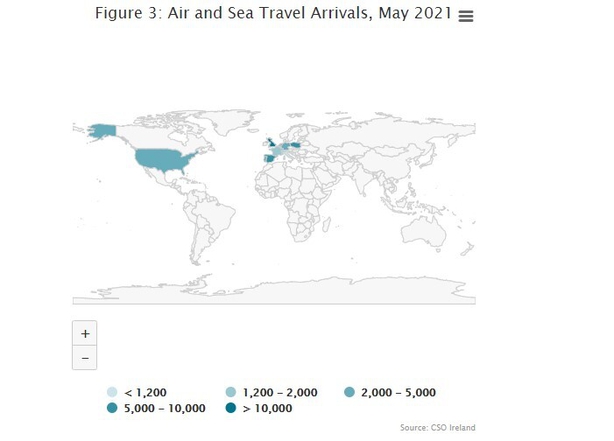 Apart from Great Britain - which accounted for all cross-channel routes - the most important routing countries for overseas travel in May were the Netherlands, Poland, and Spain.