US consumer spending paused in May as shortages weighed on car purchases, but the supply constraints and increased demand for services helped to boost inflation.

The Commerce Department said that the unchanged reading in consumer spending, which accounts for more than two-thirds of US economic activity, followed an upwardly revised 0.9% jump in April.

Cars and some house appliances are scarce because of supply bottlenecks stemming from the Covid-19 pandemic.

A global shortage of semiconductors is also hampering production of motor vehicles.

Spending is also starting to shift back to services, which accounts for two-thirds of consumer spending, weighing on goods. The pace is not yet sufficient to offset the drag on consumer spending from goods.

At least 150 million Americans are fully vaccinated against the coronavirus.

This is allowing the economy to begin reopening and people to travel, dine out and engage in other activities that were restricted during the pandemic.

"Discretionary services demand is recovering rapidly as pandemic restrictions ease, but this is being offset by a slowdown in real retail sales," said James Sweeney, chief economist at Credit Suisse in New York.

"Going forward, we expect overall consumer spending growth to remain strong as the services sector continues to normalise," he added.

Though the so-called base effects likely peaked in May, inflation will probably remain high in the near term because of the supply constraints and worker shortages, which are boosting wage growth.

Fed Chair Jerome Powell acknowledged this week that "inflation has increased notably in recent months," but told lawmakers that the Fed "will not raise interest rates preemptively because we fear the possible onset of inflation." 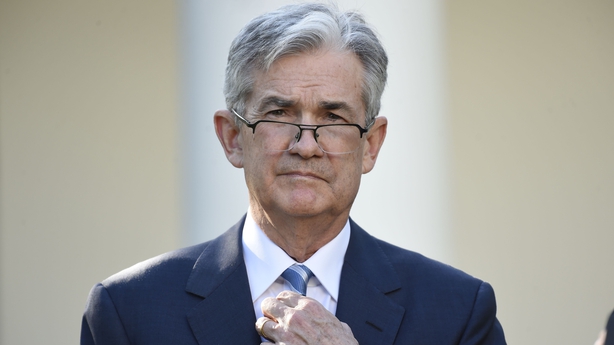 Some of the cooling in consumer spending reflected the ebbing boost from government stimulus checks. Personal income fell 2.0% last month after declining 13.1% in April. But wages increased 0.8% after rising 1.0% in April.

From July up to December some households will receive income under the expanded Child Tax Credit programme, which will soften the blow of an early termination of government-funded unemployment benefits in 26 states.

When adjusted for inflation, consumer spending fell 0.4% last month after rising 0.3% in April.

Despite May's drop in the so-called real consumer spending, consumption is running higher than its pace in the first quarter.

Most economists expect double-digit gross domestic product growth this quarter, which would position the economy to achieve growth of at least 7%. That would be the fastest growth since 1984.