The price of residential property increased by 4.5% in April, according to the latest figures from the Central Statistics Office.

Prices were slower to rise in Dublin, with an increase of 3.5%, while property prices outside of Dublin were 5.4% higher.

The highest house price growth in Dublin was in Dublin City at 5%, while Fingal and South Dublin saw a rise of 3.2%.

The region outside of Dublin that saw the largest rise in house prices was the border region at 8.5%, while the south west of the country saw a 3% rise.

Today's data shows that overall, property prices nationally have increased by 91% from their trough in early 2013.

The CSO figures reveal that the price of new properties in the first three months of 2021 were 2.5% higher than in the same period last year. 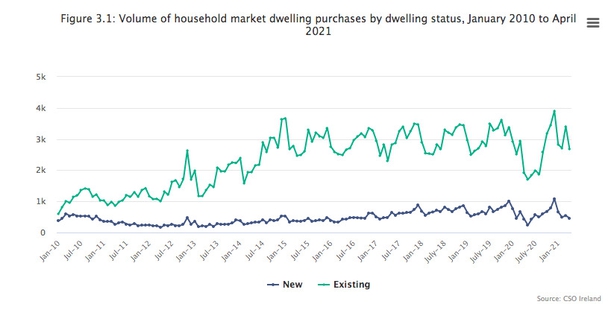 In April there were 3,138 property purchases registered with Revenue.

The total value of transactions filed in April was €979m.

Existing homes accounted for over 85% of the property purchases filed in April, an increase of 39.8% compared to April 2020.

There were 936 first-time buyer purchases in April, an increase of 16.1% on the 806 recorded in the same month last year.

The data shows these purchases were made up of 241 new dwellings and 695 existing dwellings. 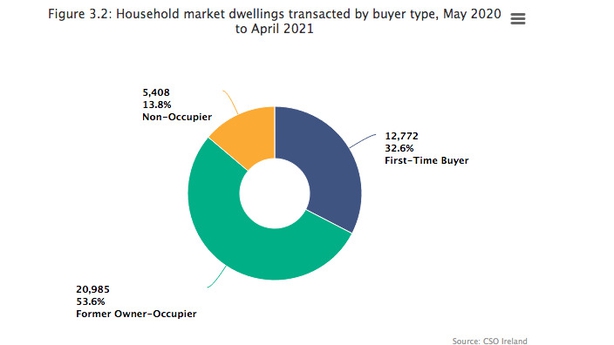 Today's data also shows that the proportion of people who purchased a residential property as a couple rose from 47% of purchases in 2010 to 62% in 2019.

The figures also show that the median, or mid-point, age of joint buyers rose from 35 to 38.

Meanwhile, the median price for a dwelling on the residential property market in the 12 months to April was €265,000.

Within the Dublin region, Dún Laoghaire-Rathdown had the highest median price of €545,000, while South Dublin and Fingal had the lowest at €360,000.

The Eircode area with the highest median price for household property purchases was A94 Blackrock at €621,250.

The five most expensive Eircode areas by median price were in Dublin.

Outside of Dublin the most expensive Eircode area over the last 12 months was A63 'Greystones', with a median price of €480,000.

The least expensive Eircode area over the last 12 months was F45 Castlerea, with a median price of €85,000. 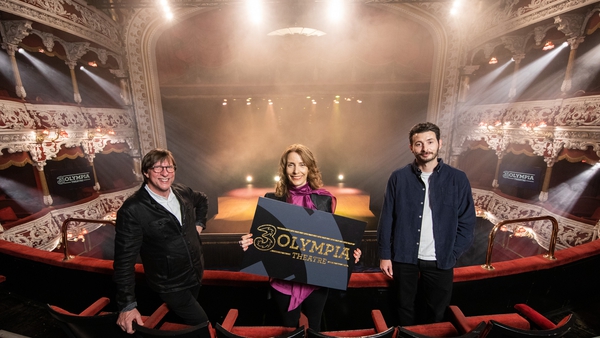