New figures from the Central Statistics Office show that over 5.5 million fewer passengers used Irish airports in the first quarter of 2021 compared to the same time last year due to travel restrictions imposed because of Covid-19.

Today's CSO figures show that the number of flights to and from Irish airports in the first three months of the year fell by more than 42,000 compared to the same time in 2020.

They also reveal that 87.3% of international flights coming into the five main airports were travelling to or from Europe.

The two most popular countries of origin/destination were the UK and Spain.

Outside of Europe, the US was the most popular country of origin/destination in the first three months of the year.

Amsterdam-Schiphol, London-Heathrow and Paris-Charles de Gaulle were the most popular routes for passengers travelling through Dublin airport in the first quarter of 2021, the CSO noted. 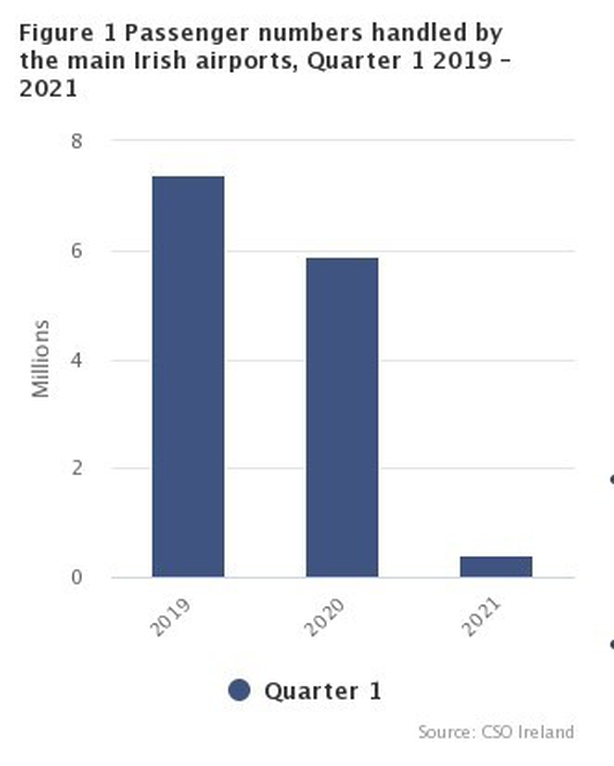 However on a brighter note, the CSO said that the amount of air freight handled by the main airports increased by 3% to 38,347 tonnes in the first three months of 2021 compared to last year.