Eir Sport is to cease broadcasting later this year.

Eir said the decision had been taken following an in-depth review.

"The challenges of the last year have fundamentally changed the commercial model for sports broadcasters, with more sporting events moving to free-to-air and premium broadcasting rights becoming increasingly expensive," it said in a statement.

"We are refocusing our resources on our core business of providing the best mobile and broadband networks and services for our customers."

The company said it is working through the options with staff who had been employed on the service.

It said that while some may transfer and some have already transferred roles within the business, others may exit.

The telecoms providers said eir sport will continue to broadcast the Allianz Football Leagues, the Rainbow Cup and classic sporting action until later this year.

"We will update our customers further in the coming weeks," it said.

The decision wasn't unexpected, as eir said in March that it had decided not to take part in the latest round of sports rights auctions and that it was exploring options for the service.

It said at the time that matches and competitions had been cancelled or postponed throughout the last year, disrupting the availability of live sports content.

The almost complete closure of licenced premises here in Ireland has fundamentally changed the commercial model for subscription based sports broadcasters, it added.

Eir acquired Setanta Sports in 2015 and rebranded it to Eir Sport the following year.

It secured the Irish rights to the Guinness Pro 14 Rugby in 2018, but that contract is running out this year.

Eir Sport also had the rights to the men's Rugby World Cup in 2019 and the women's tournament in 2017.

It also broadcast English and European soccer, League of Ireland soccer matches and some GAA games.

Last year Eir and Virgin Media, which had agreed to show each other's sports channels, had a row over payments.

Virgin sued Eir in December alleging it was owed €2.5m of a total €6m three-year deal. 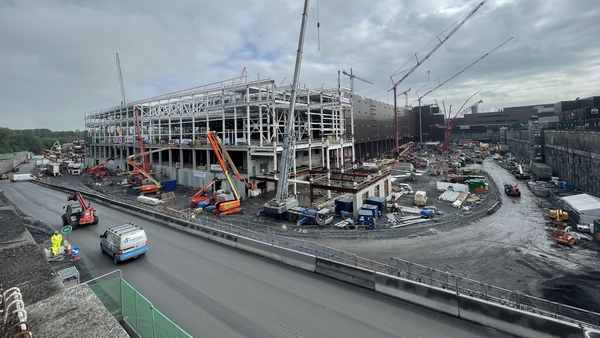