Trading in the shares of Australian payments company EML Payments have been halted temporarily pending a further announcement by it in relation to "significant regulatory concerns" notified by the Central Bank here about its Irish business, Prepaid Financial Services (PFS).

In a brief statement to the Australian stock exchange, EML said it had sought the trading halt to facilitate an orderly market in its shares.

That suspension is to remain in place until either EML releases further information to the market in relation to the matter, or tomorrow, whichever comes first.

"EML anticipates making the above noted announcement prior to the commencement of trading on Wednesday, 19 May 2021," it said.

A company spokesperson said that continuous disclosure obligations under the Corporations Act and stock exchange rules meant it cannot comment beyond the content of stock exchange announcement.

"EML is listed on the Australian Stock Exchange, and is subject to the Corporations Act, ASX Listing Rules and related laws," the company said.

"EML is presently in a trading halt, but remains subject to those rules and laws," it stated.

"When we are in a position to provide more information, we will do so via the ASX announcements platform and the information will be publicly available at that time," it added.

EML completed its acquisition of Co Meath based payments solutions firm PFS in March of last year for AUS$252.3m plus a further AUS$110 performance based earn out.

EML had originally agreed to pay AUS$423m in November of 2019, but that was reduced after EML's board sought improved terms reflecting the "economic reality of Covid-19" and the need for a strong balance sheet with significant cash on hand.

PFS was established in 2008 by husband and wife team, Noel and Valerie Moran.

At the time of the sale to EML, they owned 81% of the company.

In March, PFS was one of three companies that admitted liability to breaching competition rules in the UK by agreeing not to compete or poach each other's clients.

The three firms, Mastercard, PFS and Allpay provisionally agreed to settle with the Payment Systems Regulator to a maximum of £32m, pending the outcome of the investigation, with up to £920,000 of that coming from PFS.

The case related to pre-paid cards that used by local authorities to distribute welfare payments to vulnerable members of society, such as the homeless, victims of domestic violence and asylum seekers. 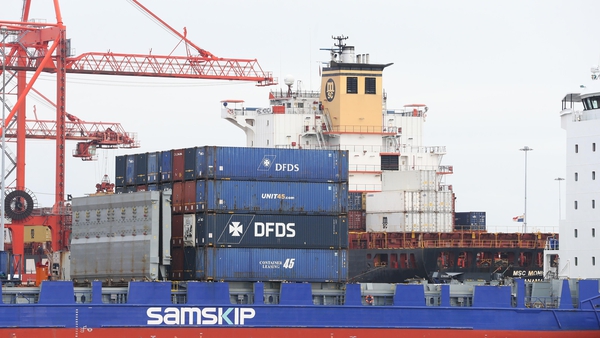 Over half of exporting firms expect exports to rise