Construction has started on the Lenalea Wind Farm project in central Donegal, which will be capable of generating enough renewable energy to power over 20,000 homes each year when completed.

SSE Renewables and its co–development partner Coillte Renewable Energy have invested around €40 million in the 30.1 MW wind farm project, which is expected to be completed in late 2023.

35 construction jobs are expected to be created, either directly through the project’s lead construction contractor, Omagh-based Adman Civil Projects Ltd., or through local subcontractors.

The Lenalea Wind Farm project is located in the rural upland setting of central Donegal, approximately 10km South West of Letterkenny and within the townlands of Cark, Killmansey, Lenalea, Kirkneedy and Rareagh. 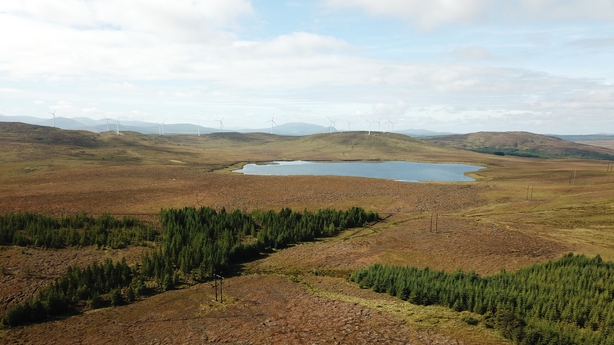 In September 2020 Lenalea received the green light for development and construction after it won a 15-year contract for low carbon power in the first round of the Renewable Electricity Support Scheme (RESS1), Ireland’s first competitive auction for onshore wind.

This contract ensures the wind farm will receive guaranteed revenue for the low carbon electricity it generates.

The RESS contract for Lenalea also mandated a multi-million-euro community fund to be paid to community groups locally for the 15-year term of the contract.

SSE Renewables is leading on construction of the project and will operate Lenalea Wind Farm throughout its lifetime.

Maria Ryan, Director of Development, Ireland, at SSE Renewables said this project will play a key role in advancing their objective to drive the transition to a zero-carbon future and meeting Ireland's climate action goals.

"We look forward to working with our co-development partners Coillte Renewable Energy and the communities in County Donegal to realise the positive social and economic benefits that Lenalea Wind Farm will deliver, both during construction and throughout its operational lifetime," she said.

Peter Lynch Managing Director, at Coillte Renewable Energy said they are delighted to be involved in the project.

"Its success in securing capacity in the first RESS auction in 2020 was a major achievement and ensures both a guaranteed route to market for the green electricity that will be generated as well as providing a substantial community benefit fund to promote energy efficiency, climate action initiatives and a wide range of other community projects in the area," he said.