Household net worth reached a record high of €855bn in the final quarter of last year due to an increase in deposits and savings, according to new data from the Central Bank.

Household net worth rose by 2.9% or €24bn in the final three months of the year.

Household savings continued to increase, up by €1bn, to stand at €7.4bn.

Housing assets also increased by €11.9bn during the quarter, while household liabilities remained relatively stable over the quarter.

Central Bank data shows that household net worth has grown annually since 2012. 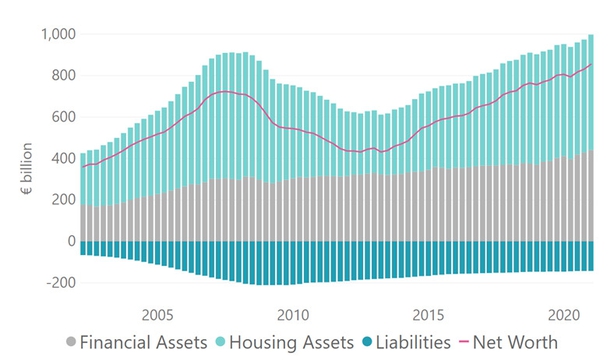 The rise in wealth is in contrast to the impact of the pandemic on many households.

The data shows that households experienced a fall in pay of €5.1bn over the year.

These social transfers and subsidies lessened the impact of unemployment and the fall in pay experienced by household net worth in total, according to the Central Bank.

Household debt fell by €789m over the quarter, continuing the downward trend, to stand at €129.5bn in the final quarter. 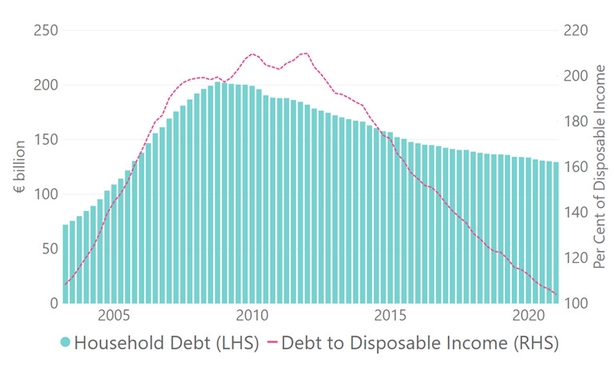 Household debt has decreased by 36% since the final quarter of 2008.