Almost half of businesses surveyed by the Central Statistics Office had employees either on the Pandemic Unemployment Payment (PUP) or the Wage Subsidy Scheme (WSS) in January of this year.

In January, just over one in five, or 21.5%, of enterprises had all of their employees on the PUP.

Hairdressers and beauticians were the businesses with the highest number of all employees on the PUP, at 40%. Another 58.3% of businesses in the sector had at least 75% of their staff on some form of Covid support.

14.7% of large businesses, defined as 250 employees or over, had at least 75% of employees on some Covid support in January.

Within some industries, there is considerable divergence in how firms have survived through the pandemic. 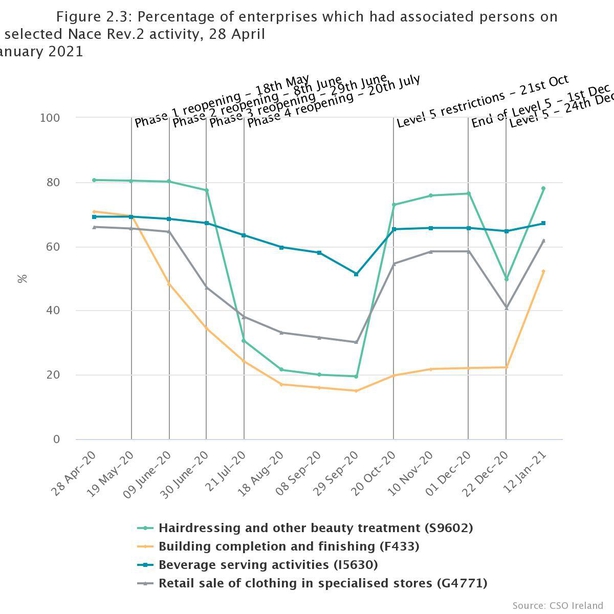 The transport and storage sector, which includes taxi services, had the highest percentage of firms with people continually on the PUP since April last year at 22.4%.

Specifically for taxi drivers, 34.4% of firms have had employees continuously on the PUP. However, 32% of taxi firms have continued to trade with no supports.

11.6% of film and TV production firms have had all their staff on the PUP while 43% of firms in the sector have had none.

Meanwhile, accommodation and food businesses had the highest take up of the Wage Subsidy Scheme (WSS) at 23.4%. 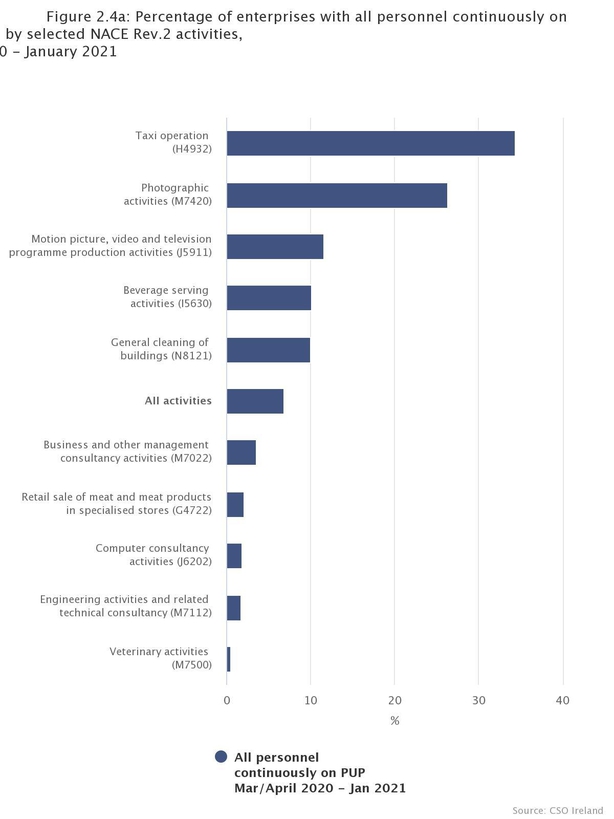 Of all the businesses analysed, 62% had availed of either the WSS or the PUP at least once from March 2020 to January 2021, the CSO noted. 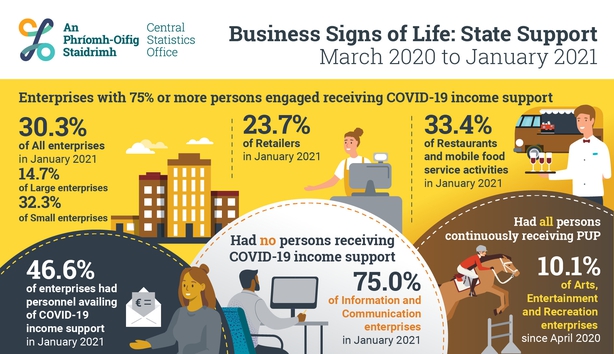