Even as new setbacks cloud their path to recovery, airline bosses are focusing on the lasting impact of Covid-19 on premium travel, technology and other pillars of their business.

Aviation leaders, forced to gather virtually by the pandemic, have been gauging its longer-term fallout at the World Aviation Festival, after more than a year of lockdowns.

Drawing many top executives and thousands of participants, this week's event comes as doubts over the northern summer vacation season renew scrutiny of airlines' cash and their ability to withstand another washout.

The addition of France, Britain and 114 other states to the US "Do Not Travel" list has also cast a shadow.

"There will be a lot of carriers that will not make it through," Air France-KLM chief executive Ben Smith said, citing nameless rivals that were "not viable prior to the crisis".

For survivors like state-backed Air France-KLM, market consolidation would be welcome, Smith said, adding: "Even if it takes longer than planned for traffic to return, with a reduction in capacity that's a good balance for us". 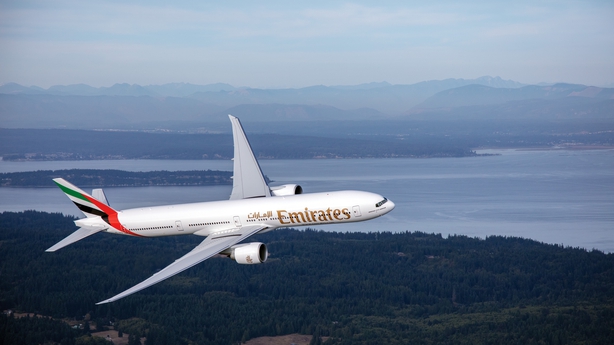 Despite the deep uncertainties, executives are looking beyond the pandemic to anticipate underlying shifts.

High on the list is a structural slump in business travel as many future meetings - if not airline conferences - stay online.

"A large percentage of this traffic will not come back on long-haul," aviation consultant John Strickland predicted, as companies curb travel costs and carbon emissions.

"You can't beat face-to-face in many business situations," he said. "However a big amount can be cut."

Such customers are "not quite as good as the corporate segments were, but you take what you can get and you fill your aircraft."

The pandemic has sped efforts by airlines and airports to integrate digital passenger services, information and document checks, while the race is on to deploy "contactless" processes and digital health passes with COVID-19 vaccination and test certificates.

"Cost bases have been reset" after the low-cost carrier invested in "self-service" capabilities for its booking system, he said.

Airlines that have used the crisis for digital upgrades "will come out of this in a more efficient way."

Even with traffic around 10% of pre-crisis levels, airports have warned that Covid-19 paperwork and test results are already clogging "pinch points" in check-in and boarding, despite full staffing.

Without swift digitisation of processes including test and vaccine checks, airports could be overwhelmed by a traffic uptick as soon as May, said Emiliano Sorrenti, chief information and technology officer at Aeroporti di Roma, which operates the Italian capital's Fiumicino and Ciampino airports.

"When we reach just 50% of (pre-crisis) passengers, will we be able to cope with those numbers given the new regulations?" he said.

Fully seamless services that now seem far off will rapidly become a "mandatory level of automation", he expects.

Vaccination setbacks and concern over Covid-19 variants suggest airports may have a little longer to prepare.

Global airline body IATA this week cut its traffic forecast to reflect a weaker international travel outlook, despite domestic rebounds in US and China.

But Clark, who has put off his retirement to pilot Emirates through the crisis, remained upbeat about the recovery opportunities awaiting his eventual successor.

"We are, dare I say it, on the threshold of something really good here," he said. "Once this pandemic is over."