European companies are set to exit a two-year profit slump with a 60%-plus jump that outperforms US peers and has spurred record-high stock prices, as the world economy rebounds from the worst downturn since World War Two.

One of the strongest earnings seasons on record has revived the region's equities that had lagged US stocks in profit growth and market performance.

Profits for companies on the STOXX 600 index are forecast to have risen 61% to €79 billion in the January-March quarter, Refinitiv IBES said.

The performance looks good because it is compared to a year earlier, when the Covid-19 pandemic's outbreak prompted strict lockdowns, starting in China and rapidly spreading to Europe and the US.

On an absolute basis, the profits are around 4% below those of the first quarter of 2019, before the pandemic impact was felt.

Investors expect the reaction to the bumper earnings numbers to be somewhat limited because of already lofty valuations, but fund managers and investors in Europe Inc are confident.

"There is a lot of potential for significant growth here," said Tomas Hildebrandt, senior portfolio manager at Evli Bank in Helsinki.

"The US economy has a good momentum and China has already recovered earlier. The two countries are some two thirds of the global economy, so their growth supports also Europe," he said.

The expected first-quarter jump would mark a rare outperformance versus corporate America. S&P 500 earnings are seen up over 31% in the same quarter.

Even as vaccination delays limit visibility, early results have underscored the scope for European companies to catch up after suffering the most as lockdowns have kept millions of people at home.

Keen appetite for luxury goods in Asia and the USs gave a huge lift to luxury giant LVMH, Europe's biggest company by market value, whose stellar results sent its shares to a new all-time high. 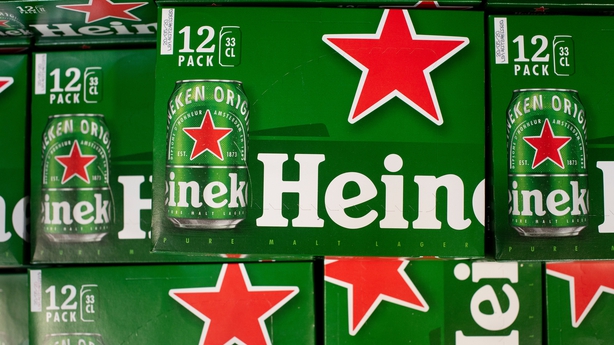 As businesses gradually reopen against a backdrop of super easy monetary policy and billions in fiscal aid, investors are upbeat.

In the coming days, eyes will be on companies including truck-maker Volvo, lender Deutsche Bank, oil major BP and shoewear company Adidas.

The bulk of the earnings rebound in Europe will come from cyclical sectors, such as manufacturing and banking, while travel and leisure is overshadowed as restrictions remain in place in many countries.

Investors will also watch for any signs of inflation as pent-up demand, higher tax, rising raw material and freight costs could pressure margins.

Earnings growth is set to reach full speed in the quarter to end-June with an 86% jump and remain sustained in the following two quarters at 28% and 24% respectively, the latest IBES estimates that track STOXX companies find.

All in all, European earnings in 2021 are expected to jump almost 39%, a higher growth rate compared to the US and Asia, based on European equities' weighting towards cyclical stocks. US stocks, with heavy tech exposure, weathered the downturn, but are now seen as having less upside potential.

The European benchmark STOXX 600 has risen as much as 65% from its trough in March last year and after a record-breaking run this month its price to earnings ratio is one third above the 10-year average.

"It will be important to test the confidence of the companies on the sustainability of the numbers, especially in the face of these particularly ambitious expectations," said Michele Pedroni, senior fund manager at Decalia in Geneva.