The aviation industry will not recover if Covid-19 quarantine and travel restrictions remain in place causing significant job losses and irreparable harm to the Irish economy, a new report has claimed.

The Aviation Restart Plan was carried out by the industry members of a subgroup of the National Civil Aviation Development Forum.

The report also claims the path for safe international travel is through adherence to existing air travel and appropriate screening protocols that do not increase the risk to Ireland.

"A key deliverable is therefore for Government to identify and confirm the metrics that will enable the removal of this ban and the restoration of international travel for those markets which meet the specified metrics," the study states.

The metrics should include not only infection rates, the report says, but the increasing vaccination rates and the reducing number of hospitalisations due to Covid-19.

The authors say that the extension of mandatory hotel quarantine to additional countries gives rise to significant concerns about the serious and potentially long-term impact which such measures would have on travel between Ireland and these countries.

"Measures of this nature go far beyond those imposed by other EU Member States and would be contrary to the principles set out in the EU Traffic Light System," the report says.

The analysis claims any requirement for quarantine should be "proportionate and based on transparent and objective criteria".

In particular, it sayd that clarity is needed on the criteria used to determine what constitutes a variant of concern and a high incidence of one.

The forum is also calling for the Government and industry stakeholders to develop a communications plan that would support consumer sentiment and endorse the safe resumption of air travel when the specified metrics have been met.

It also wants the resumption of the application of the EU Traffic Light System for international travel, which would see people arriving from green list countries being allowed enter the state without the requirement to restrict movement or undergo testing. 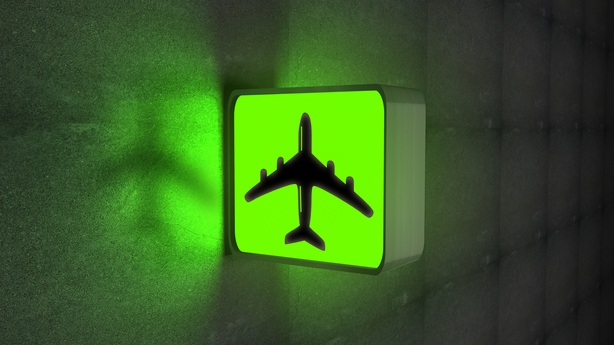 In relation to the UK, the report says the Government should give consideration to opening up travel between Ireland and the UK at the earliest opportunity given the border with the north and the implications of the Common Travel Area and Brexit Protocol on freedom of movement.

The report claims that "there is no public health rationale for restrictions in travel between Ireland and the UK."

Regarding travel to and from the US, the report recommends that the Government engages with the US government with respect to planning reciprocal arrangements on travel that lifts the current ban on Irish citizens entering the US.

In relation to vaccines, the forum is seeking Government confirmation that vaccination should not be a pre-requisite to travel and that those who have been fully vaccinated will be exempt from testing and quarantine requirements.

Pre-departure testing protocols should also be updated to allow use of rapid antigen testing as an alternative to PCR for inbound passengers, the report claims, with mutual recognition of antigen testing agreed with other countries.

The report says paper passenger locator forms should be eliminated with electronic forms only used and that these should be harmonised at EU level.

The Government should also fully support and engage with the EU Digital Green Pass system, the authors recommend.

To help the sector recover, the forum also backs the Aviation Recovery Taskforce recommendation that a comprehensive plan to stimulate traffic and tourism will be required.

"If the Government adopts the above recommendations, Ireland's connectivity can begin to be restored by June," the report says.

"It is imperative that the Government acts now, and without any further delay. A failure to do so will irreversibly damage Ireland's world-leading aviation sector which is so important to the country," it cautions.

The report was produced after the industry and the Government together agreed that an exit strategy from current Covid-19 restrictions was urgently needed to enable the aviation sector to recover.

"For the industry to be able to meaningfully contribute to the economic recovery in 2021 and minimise the permanent damage of a partially closed economy, restoration of Ireland's international connectivity needs to happen this summer," the report states.

The analysis says that because aviation has long lead-times, it is imperative that a clear exit plan from the current restrictions is urgently developed.

The industry members of the forum, which include Aer Lingus, daa, Ryanair, the Irish Aviation Authority and Ibec, said the plan sets out a "balanced and evidence-based approach to enable the recommencement of aviation and the restoration of Ireland's connectivity."

"It contains a comprehensive set of recommendations which, if finalised and implemented, can facilitate the restoration of connectivity whilst continuing to protect public health," the industry stakeholders said. 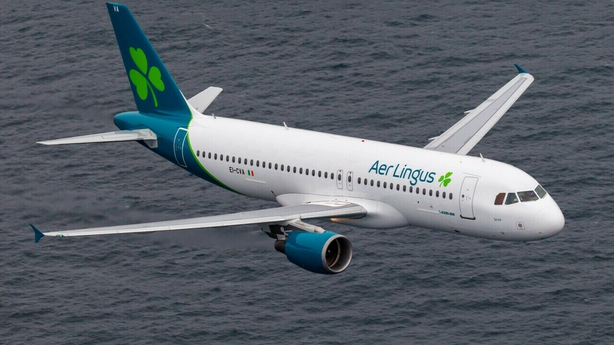 Donal Moriarty, the Chief Corporate Affairs Officer at Aer Lingus, said there is an urgent need for a data-driven, risk-based Irish roadmap to reopen international travel.

"This will enable the restoration of connectivity and ensure that the economy is supported to deliver the recovery that will be vital for the country," he said.

"What is critically important now is that the Government urgently takes the required steps to finalise the plan and enable its implementation," he added.

"We have continuously supported the public health measures but with one of the longest lockdowns in the world it is vital that our aviation industry, with its enormous economic effect, is given a viable restart plan," said

"The majority of EU airlines, as well as all of those in the US, have received significant state aid and one of the key recommendations of the Restart Plan is for a package of financial incentives and supports for the airlines to ensure connectivity. "