The Minister for Agriculture, Food and the Marine has published a Statement of Strategy and an Action Plan detailing five goals to support farm incomes, the environment and wider economy.

Minister Charlie McConalogue said food and agriculture is now at an important juncture and his key objective is maintaining and improving farm incomes.

A new ten-year agri-food strategy will include the establishment of an independent body to examine how to support and boost farm incomes, the first time this has been done, the minister said.

The development of a new Common Agricultural Policy, CAP, strategic plan will be developed over the summer.

"We will provide a policy platform that protects incomes, ensures that our food offering is deafen and of the highest quality and that our industry is environmentally sustainable and competitive," he stated.

The plans went to Cabinet on the same day that a survey highlighted serious concerns for their income and the future of their sectors among farmers.

The survey, conducted by farm, food and agribusiness services company Ifac, found that while most dairy farmers have a positive outlook for their sector a quarter of them say their farm is not providing sufficient income to support their family.

In other sectors of the industry only two out of five farmers have a positive outlook.

The survey found 87% of beef farmers said their farm does not provide adequate income, while 75% of sheep farmers and 63% in the tillage sector also stated that farm income was not sufficient to support their family.

He said there is a "strong, positive future" for agriculture in Ireland and while there is a "tremendous" track record on food production, the plan will look to prioritise its environmental and sustainability footprint.

Working in partnership with farmers, the Government wants to maintain and improve farm incomes, the Minister said.

A new ten-year food strategy will also be put in place to frame the next decade of the Irish agri-food industry, he added.

Gareth Peoples' farm in north Donegal has been in his family for generations.

In the last few years, however, he says it has become harder and harder to make an income from it.

Beef, tillage and a few sheep are the mainstay of the farm, but he says costs have gone through the roof in recent years while the returns have gone down.

Margins are getting tighter and tighter, he says, and it's very difficult to support a young family without off-farm income.

Gareth's wife Enya works in nearby Newtowncunningham while Gareth does contract work for other farmers to keep afloat.

Gareth welcomed today's announcement, and said he and Enya would like to see the strategy and independent body on farm income delivering, so that farms like theirs become viable enough to pass on the the next generation.

The pair have a three-year-old son, Tom, who they say is already showing a keen interest in the farm and livestock.

The Chairman of Donegal IFA, Brendan McLaughlin, thinks the strategy is a good idea too, and the body on farm income essential.

He says there are many marginal farms in Donegal with incomes of €10,000 or less, and the farmers are struggling and need support.

However, he says we have seen forums before and this one needs to be a real one which delivers for Irish farmers. 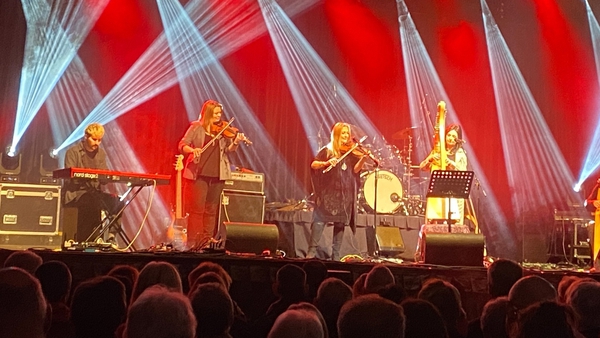