New figures from the Central Statistics Office show that car traffic remained at a low level for most of March after the move to Level 5 restrictions on 27 December.

But the CSO said that car volumes for the week starting March 28 were 120.5% higher in regional locations and 127.9% higher in Dublin than the same week in 2020.

Car traffic volumes in Dublin locations were 28% higher in the last week of March than the second week of January, the CSO figures also reveal.

For the latest week beginning March 28, the CSO said that car traffic volumes were 120.5% higher than the same week in 2020 at regional locations and 127.9% higher in Dublin.

But car traffic volumes are 43.9% and 44% lower than the same time in 2019 for Dublin and regional locations respectively.

The number of passenger journeys on public transport dropped dramatically since the start of the Covid-19 crisis with journeys by rail most severely affected.

Since the week starting February 14, passenger journeys have been increasing slowly every week, apart from the latest week beginning 28 March 2021 when there was a marginal decrease of 0.5% compared to the previous week.

Looking at the Luas passenger figures, the CSO said the impact of Covid-19 on the Luas red and green lines, while very similar, has been slightly greater on the green line. 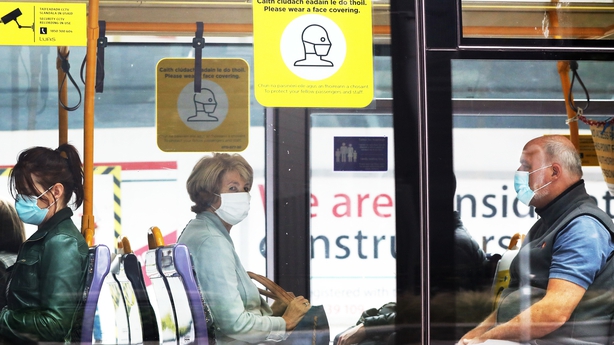 For the green line and the same week, data shows that journeys have increased by 317.3% than the corresponding week in 2020 but are still 81.3% lower than the same period in 2019.

Meanwhile, the number of passengers travelling through Dublin, Cork, Shannon and Knock airports in February of this year is 95.8% lower than February 2020.

The number of passengers travelling through Dublin airport in February 2021 decreased by 51.9% compared to the previous month, it added.