New figures show that consumer prices rose at their fastest monthly pace in two years in March to stand at the same level a year earlier, when the Covid-19 pandemic began to hit Ireland.

The Central Statistics Office said the 0.8% monthly rise in March was driven by increased energy, housing and transport costs.

The March increase ended 11 months in a row where prices were stuck in negative territory on a year-on-year basis.

Today's figures show that clothing and footwear costs fell by 6.5% on an annual basis due to sales. Transport costs decreased by 2.7% due to a reduction in air fares, but this fall was partially offset by higher prices for cars and an increase in diesel and petrol prices. 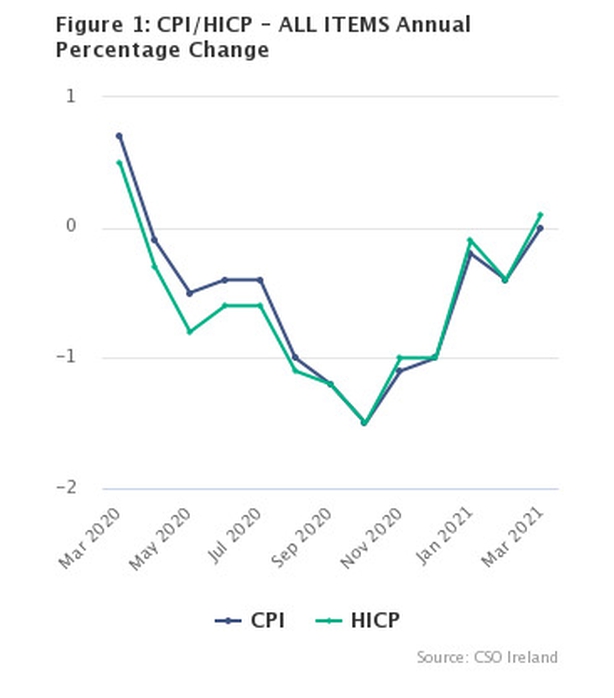 The price of some food and non-alcoholic beverages also decreased due to lower prices across a range of products such as meat, chocolate and jams, marmalades and honey.

Health costs also increased mainly due to a rise in the cost of dental and medical services. This rise was partially offset by lower prices for pharmaceutical products, the CSO said.