Today's Government announcement will provide relief for some sectors.

The Irish Hairdressers Federation has welcomed the news that the industry could be allowed to reopen in May.

However, it has called for further clarity on the dates involved in order to move forward.

Danielle Kennedy, the Federation's President, said while they do welcome the indication of a May reopening, they are disappointed that no firm commitment or detail was given.

''We would like to thank the Government for listening to our appeal to be allowed to reopen in May, but we would greatly welcome more clarity which salon owners across the country urgently require,'' she said.

Meanwhile, the Association of Visitor Experiences and Attractions welcomed the news outdoor visitor attractions can reopen from April 26 and the opening of indoor attractions is being considered from May 4.

"Today's commitment to re-open outdoor attractions and experiences is a welcome step which offers a much-needed boost to the public and those working in the industry," said Deputy Chair of AVEA, Gráinne Kelliher.

"And the consideration, subject to public health advice, to reopen indoor attractions in May will provide further opportunities for the general public to reconnect with Ireland's cultural and heritage experiences."

The Irish Hotels Federation has welcomed the Taoiseach’s announcement in which he said the Government will look at reopening hotels and guesthouses in June.

Elaina Fitzgerald Kane, President of the IHF said this is encouraging news for the sector.

"Today’s announcement gives an impetus now for our sector to plan for reopening in earnest as part of the survival and recovery of Irish hotels and guesthouses as well as the broader tourism community," she said.

Ms Fitzgerald Kane said members have been reporting historically low bookings for the key summer months of July and August due to the uncertainty over the timeframe for easing restrictions.

"While we are some way off achieving certainty, today will hopefully increase confidence that people will be able to enjoy a much needed break or extended holiday in Ireland this summer and in doing so will restore the livelihoods of so many across the country," she said.

The CEO of the Irish Tourism Industry Confederation has said that more clarity is needed for the hospitality industry about re-opening guidelines for the domestic sector and the return of international tourism if the sector is to survive the pandemic.

Eoghan O'Mara Walsh paid a cautious welcome to the 'mixed bag' of openings announced but called for business certainty, a new stay and spend voucher scheme and the re-opening of international travel as soon as possible to allow the sector to bounce back.

Mr O'Mara Walsh told the Claire Byrne programme that a clear roadmap about how and when the whole tourism industry could re-open in a safe and sustainable manner is needed.

He called on the government to adapt the EU digital certificate scheme to allow international tourists back in, saying Ireland's quarantine programme is akin to a big 'closed' sign being on the island.

He said that there are 20,000 hospitality businesses that cannot be sustained by domestic tourists alone and that 75% of tourism in normal times is based on international visitors.

Mr O'Mara Walsh said that financial supports will be needed into 2022 as the sector has suffered a 'mammoth and traumatic impact' from the pandemic.

He called for the Stay and Spend system to be redesigned to provide every adult with a €200 voucher for the domestic tourism market, adding that  the existing Stay and Spend scheme has not worked and was an 'overcomplicated tax rebate system that was not fit for purpose'.

The Vintners' Federation of Ireland described today's announcement by Government on the easing of restrictions as a "missed opportunity" - saying it should have contained clear details of how pubs can reopen.

Padraig Cribben, VFI Chief Executive, said the pub sector is not calling for a reopening date but urgently require an understanding of how they get to reopen.

"Right now, our members exits in an information vacuum that is causing severe distress," he said.

"We need a plan that links the vaccine roll out to reopening.

"We're heading into April with no clear idea about how the hospitality sector will get back on its feet," he added.

Similarly, the Restaurants Association of Ireland said the Government plan lacked detailed on the metrics and dates around a reopening.

Adrian Cummins, the RAI chief executive, said the blueprint does not go far enough in outlining a roadmap for getting the sector moving again.

He added that 50% of restaurants are now on the verge of collapse. 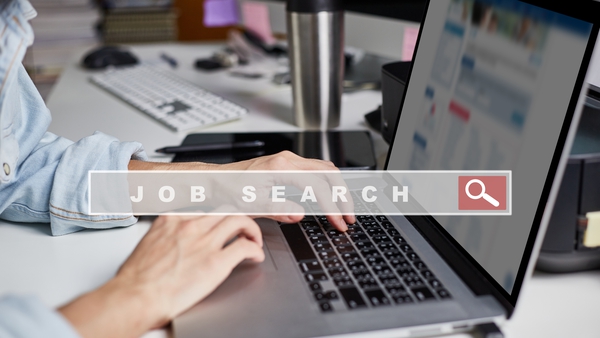