Aviva has sold its Polish operations to Germany's Allianz for €2.5 billion in cash, completing a programme to sell European and Asian assets begun last year, the British insurer said today.

Aviva boss Amanda Blanc, hired as CEO in July 2020, has been selling assets at pace to focus on the life and general insurer's core businesses of Britain, Canada and Ireland.

Aviva also has joint ventures in China and India.

"The sale of our Polish business is an excellent conclusion to the refocusing of our portfolio announced just eight months ago," Blanc said, adding that the sale of the eight businesses would generate £7.5 billion in cash.

Allianz, which first entered the Polish market in 1997, is Europe's biggest insurer.

"We are delighted to further strengthen visibility of the Allianz brand in Central Eastern Europe and pursue our successful growth strategy in the region," Allianz CEO Oliver Baete said in a separate statement.

Allianz said the deal, which will be funded from its own liquidity, would make it the number two in central and eastern Europe in terms of operating profit.

It has several other businesses in the region, including Russia and Ukraine.

In Poland, the deal will elevate Allianz to number five in gross written premium, Allianz added.

The Poland deal is Allianz's biggest acquisition since Baete became CEO in 2015. 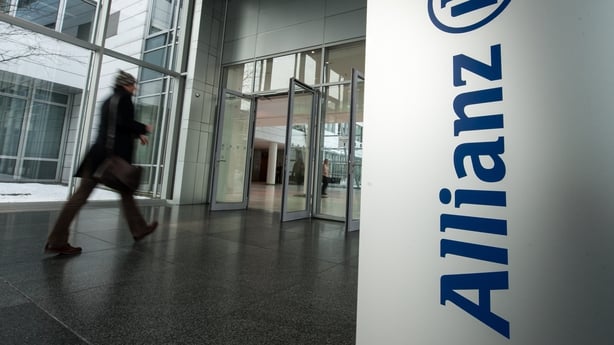 The sale price topped analysts' expectations after the three bidders this week were given an opportunity to improve binding bids submitted on Monday, sources told Reuters.

Allianz is also buying Santander's minority stake in the Aviva Poland business, bringing the total value of the transaction to €2.7 billion, Aviva said in a statement.

Santander will retain a 49% holding in the business's life and general insurance joint ventures, Aviva added.

Although the race for Poland was close, Santander preferred Allianz to Generali as a bancassurance partner, a source familiar with the matter told Reuters.