Aldi said it will sell more than 1,500 tonnes of Irish-grown Bord Bia quality assured strawberries this year across its 145 Irish stores, an increase of 15% on 2020.

As a result of the Aldi deal with Sunglow Nurseries, the North Dublin producer has been able to invest €1.2m in a new 0.7 hectares extension of its glasshouse facilities.

The new glasshouse extension will see Sunglow Nurseries introduce a series of sustainable production processes across its operations.

All rainwater from the glasshouse roof will be collected and reused to irrigate the plants, while up to 25% of carbon emissions from the heating system will be captured and pumped back into the glasshouse to help plant growth, reducing the grower's carbon footprint.

The new glasshouse will also enable Sunglow Nurseries to increase its output capacity by 17% and will create 10 new jobs.

John Mc Guinness, Director of Sunglow Nurseries, said the majority of the company's business is with Aldi.

As a result of Aldi's ongoing custom, the company has been able to invest in a new environmentally friendly glasshouse which has helped increase production, he added. 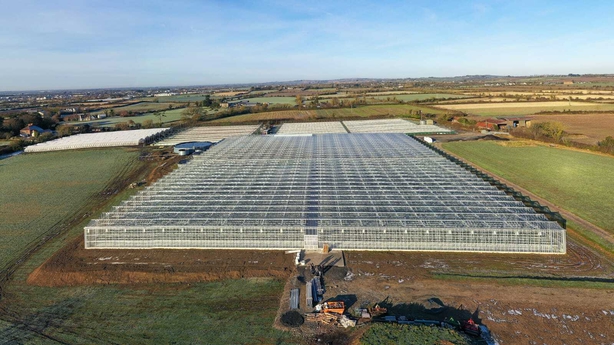