Barclays has resumed shareholder payouts after a year-long hiatus due to the Covid-19 pandemic, setting expectations other British lenders will follow suit when they report full year earnings in the next few days.

Barclays said it would pay a full-year dividend of 1 pence per share and buy back £700m worth of shares.

This comes as a vote of confidence in its balance sheet after regulators in December gave the green light for payouts.

The resumption came as Barclays' profit fell by half, much less than forecast as a strong performance by its investment bank offset provisions against bad loans from the economic fallout of the Covid-19 pandemic.

Barclays reported a profit before tax for 2020 of £3.1 billion, well above the average estimate of £1.96 billion from analysts' forecasts compiled by the bank, but down from profits of £4.36 billion in 2019.

Its profit was boosted by a stellar year for its investment bank, which like its US peers posted strong revenues from its equities and fixed income businesses amid frantic trade in volatile markets in 2020.

The fixed income, currencies and commodities unit reported a 53% increase in income, as swings in global interest rates and prices of commodities such as oil drove activity.

Equities saw a 31% rise in income while banking fees rose by 8%.

Wall Street banks such as Goldman Sachs and Morgan Stanley also saw fourth-quarter profits sail past analysts' estimates, as coronavirus-induced volatility coupled with the impact of the US elections boosted trading. 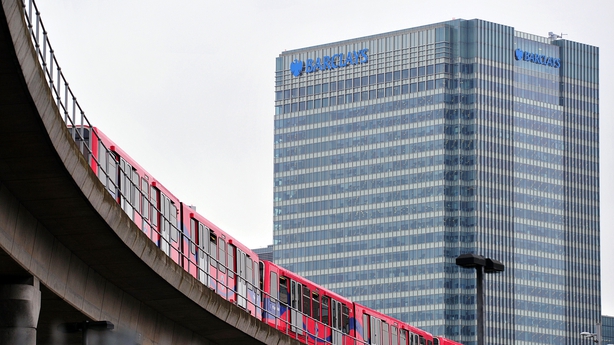 Barclays saw impairments from bad loan provisions related to the pandemic dip to £492m in the fourth quarter, giving a full year total of £4.8 billion.

The lender's consumer, cards and payments division reported a loss for the year of £1.1 billion, mainly due to pandemic-linked provisions.

The decision by Barclays to resume payouts will raise expectations that its peers will follow suit when they report earnings in the coming days.

Ulster Bank owner Natwest is due to report tomorrow, while HSBC, Lloyds Banking Group and Standard Chartered follow next week.

The Bank of England had told Britain's seven biggest lenders in March to suspend dividends and share buy-backs until the end of 2020, to help them maintain capital buffers against the expected hit to their loan books from the pandemic.

Some investors were frustrated by the decision, which removed the main source of relief for long-suffering bank shareholders who have seen valuations plunge in recent years amid dwindling profits and constant restructuring in the sector.

The Bank of England said in December that banks looked strong enough to resume payouts, albeit within temporary "guardrails" that capped dividends at 0.2% of a bank's risk-weighted assets at the end of 2020, or 25% of cumulative profits over 2019.

Barclays gave no update on a probe by Britain's financial regulators into links between its CEO Jes Staley and US financier Jeffrey Epstein, who killed himself while awaiting trial on sex trafficking charges.

Staley said at the time he regretted his links to Epstein, which began in 2000 while he was employed by JPMorgan.

Meanwhile, the Barclays CEO said today that the bank has no current plans to make "a major real estate move".

Jes Staley had said in April last year that the pandemic could make "large" offices a thing of the past, prompting speculation they may vacate some of the buildings they occupy in London's Canary Wharf district.

But he took a softer tone today during an earnings call.

"We will keep a significant presence in Canary Wharf, no one has a crystal ball as to how this will all unfold, but right now there is no plan on our part to make a major real estate move," he said.