Robust exports helped Germany eke out 0.1% growth in the final quarter of 2020, staving off contraction despite a second wave of the new coronavirus slamming the brakes on consumption in Europe's biggest economy.

Goods exports and construction supported the economy while a renewed lockdown at the end of last year hit private consumption, the Federal Statistics Office said.

A Reuters poll had pointed to zero fourth quarter growth.

In the third quarter, the economy grew 8.5%.

"In Q4, this recovery was slowed by the second coronavirus wave and the renewed lockdown at the end of the year," the Statistics Office said.

"This particularly affected private consumption, while goods exports and construction investments supported the economy," it added.

The German government this week slashed its growth forecast for Europe's largest economy to 3% this year, a sharp revision from last autumn's estimate of 4.4%, caused by a second coronavirus lockdown.

Presenting the revised forecast, Economy Minister Peter Altmaier said he expected the upswing to continue in 2022 and for the economy to regain its pre-crisis level in the second half of next year.

Chancellor Angela Merkel and state leaders agreed last week to extend the latest lockdown until mid-February as Germany, once a role model for fighting the pandemic, struggles with a second wave and record daily numbers of Covid-19 deaths.

The economy shrank by a smaller-than-expected 5% last year. That was surpassed in the post-war era only by the record 5.7% contraction in 2009, during the financial crisis.

A survey published this week showed German business morale slumped to a six-month low in January as the second wave of Covid-19 halted an economic recovery.

Meanwhile, German unemployment fell unexpectedly in January, signalling that government incentives for companies to keep workers on their payroll during the coronavirus pandemic were shielding the labour market in Europe's biggest economy. 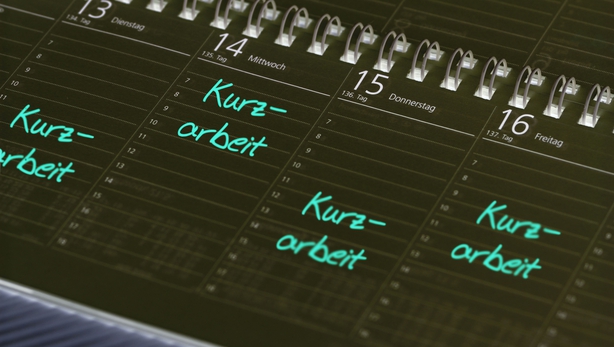 The labour office said the number of people out of work in Europe's largest economy fell by 41,000 in seasonally adjusted terms to 2.729 million.

"The labour market remains in a robust condition in January," Federal Labour Agency head Detlef Scheele said in a statement. "But the measures in place to tame the coronavirus pandemic are leaving a mark."

Germany has been in lockdown since mid-December as it battles a second wave of the virus.

The unemployment rate remained unchanged compared with the previous month at 6%.

The labour agency said some 2.26 million people were on shortened working hours in November under the government's Kurzarbeit scheme.

This is designed to avoid mass layoffs during a downturns by offering companies subsidies to keep workers on the payroll.