UK online fashion giant ASOS has confirmed it is in exclusive talks with administrators for Philip Green's Arcadia retail empire.

The company said the ongoing discussions are about buying up Arcadia's brands including Topshop, Topman, Miss Selfridge and HIIT, sold via Burtons.

"The board believes this would represent a compelling opportunity to acquire strong brands that resonate well with its customer base," Asos said in a short statement to the London Stock Exchange.

"However, at this stage, there can be no certainty of a transaction and ASOS will keep shareholders updated as appropriate. Any acquisition would be funded from cash reserves", it added.

ASOS does not have a high street presence, so any deal is unlikely to include saving the Arcadia stores, which could close for good, leaving the brands trading online only.

The announcement comes days after rival Next said it was pulling out of discussions around a possible bid alongside US hedge fund Davidson Kempner as it was "unable to meet the price expectations of the vendor".

Arcadia, which employed around 13,000 people and has 444 UK stores, collapsed at the start of December due to the impact of the coronavirus pandemic, years of under-investment and a failure to keep up with shifts to online shopping.

Final bids are expected to be tabled today but, with ASOS revealing it is the only business in talks with administrators from Deloitte, this is now expected to be extended.

Deloitte must publish a list of creditors by today as part of insolvency laws, showing just how much debt was owed by Arcadia - including any money due to HM Revenues and Customs (HMRC). 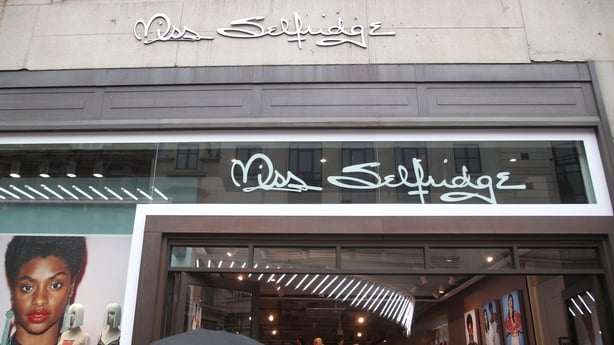 The retail group slid into administration on November 30 - a day before new UK laws came into force which would have seen the taxman become a preferred creditor and entitled to repayment ahead of unsecured creditors.

Other retailers including Boohoo, Mike Ashley's Frasers Group, and JD Sports in partnership with US retail giant Authentic Brands, were also said to have been considering acquiring some or all of Arcadia's stores.

Arcadia's Irish operation was placed in liquidation, but the joint liquidators here - Ken Fennell and James Anderson of Deloitte - had kept the stores open over Christmas - until the latest lockdown - to maximise the value of the stock for creditors. Its 490 Irish jobs remain under threat.

Meanwhile, UK online fashion retailer Boohoo said today it had purchased the brand of collapsed department store group Debenhams for £55m. Under the terms of the deal all Debenhams stores will close.