UK retail sales bounced back weakly in December as shops in England emerged from November's four-week lockdown to slow the spread of Covid-19, while public borrowing this financial year has hit a fresh record high.

UK retail sales volumes rose 0.3% in December, far less than economists' expectations in a Reuters poll for a 1.2% increase.

This left them 2.9% higher than a year earlier, official figures showed today.

But for 2020 as a whole, retail sales were down 1.9% - the biggest calendar-year fall on record - and clothing sales slumped by more than a quarter.

Sterling fell slightly against the dollar and the euro following the weaker than expected retail numbers.

UK public sector borrowing for December came in at £34.1 billion, just above economists' forecasts of £32.1 billion, taking borrowing since the start of the financial year in April to a record £270.8 billion.

December had offered a partial respite for Britain's economy, which has seen sharper falls in its official measure of output than any other advanced country, as well as Europe's highest death toll from Covid-19.

In November the economy shrank 2.6%, due to a four-week lockdown in England and similar measures in other parts of Britain.

This month the government went further and shut schools as well as non-essential retailers - which most economists think will lead to the economy contracting in the first quarter.

Experimental data from the ONS this week showed consumer spending in early January was 35% lower than before the pandemic began in February - though the figures were not seasonally adjusted to reflect the typical post-Christmas lull.

Retail sales have performed better than other areas of UK consumer spending, with shoppers switching to online stores, where spending surged by 46.1% in 2020. 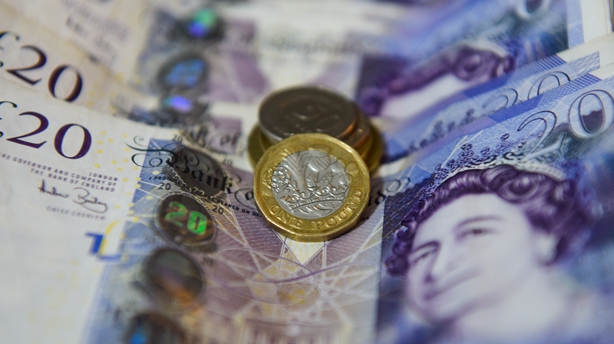 Public borrowing continues to surge, with furlough payments to millions of households supporting spending and keeping unemployment down for now.

Government forecasters in November predicted borrowing would reach £394 billion in the 2020/21 financial year, equivalent to 19% of GDP, the most since World War Two.

Today's data showed total public sector debt had reached £2.132 trillion, equivalent to 99.4% of GDP, the most since the financial year ending 1962.