Europe Inc's fourth quarter reporting season will test investor confidence in profit recovery as a new round of social restrictions is expected to have driven earnings down more than 25% while further blurring the outlook.

Boosted by Covid-19 vaccine roll-outs and massive fiscal and monetary stimulus, European stocks have rallied more than 50% since the March pandemic crash lows and analysts see them sticking to their bullish course.

But faced with the fresh dip in economic activity, management teams will most likely stay prudent, potentially creating room for disappointment on markets which look to have already priced in better times ahead.

"Third-quarter results showed how quickly the economy rebounded after the lockdowns," Emmanuel Cau, head of European equity strategy at Barclays in London, said.

"That clearly won't be the story of the fourth quarter during which new social distancing measures triggered a loss of momentum", Emmanuel Cau said.

The focus this season will be more about which companies are resilient rather than which ones will benefit from the recovery and investors will pay close attention to numbers from the likes of LVMH, SAP, Shell, Unilever and BNP over the next couple of weeks.

"Manufacturing should prove resilient in comparison with say, tourism or other discretionary sectors", Cau added.

As a whole, companies listed on the STOXX 600 are expected to report 26% earnings drop in the fourth quarter, almost two percentage points worse than the fall recorded in the previous three months, according to Refinitiv I/B/E/S data.

In any event the impact of results on share prices will be hard to call with CEOs being constrained by the current uncertainties to give a clear steer on profit recovery.

"The visibility is quite poor in terms of what may be published by companies and how investors will react," said Jerome Schupp, a member of the asset allocation team at Prime Partners in Lausanne.

Another headwind for Europe is the rising euro.

"It will impact negatively earnings growth in Europe because all the profit done in the US translated into euros will be slightly lower," he added.

But the short term hurdles faced by the European economy are not discouraging some investors.

Some strategists even expect European equities to catch up with Wall Street which had a stellar 2020. Last year the STOXX 600 fell 4% whereas the S&P 500 jumped 16%.

The case for such optimism is based on the anticipation of a massive rebound in European corporate profits, culminating in an expected 81% growth in the second quarter compared with the second quarter of 2020 at the height of the first Covid-19 wave.

Even forecasts for the first quarter of 2021, which has started with lockdowns still in place, point to an almost 44% jump as factories continue to work and consumers keep spending.

Other strategists urge caution, at least for the short term. 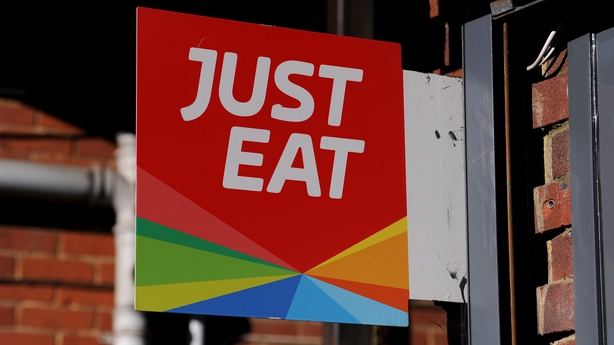 Similarly on Wall Street, shares in big banks from Goldman to JPMorgan and Citigroup tumbled even though they reported better-than-expected fourth-quarter profits in the last few days.

There were also some bright spots. In Europe solid results were lifting shares in ASML and Richemont yesterday.

JPMorgan analysts said this week the reaction to results has been mixed so far even though the big profit decline expected for both Europe and the US has set the bar quite low.