France is taking a tough line against any takeover of retailer Carrefour by a foreign company, dealing a major blow to a near $20 billion bid approach by Canada's Alimentation Couche-Tard.

"Having Carrefour being bought by a foreign company would be a major difficulty for all of us," Le Maire said in an interview at the Reuters Next conference.

"Food security is at the core of the strategic challenges of all developed nations", he said.

The economy minister of the Canadian province of Quebec, where Couche-Tard is based, spoke about the benefits of the transaction as it appeared on shaky grounds.

Pierre Fitzgibbon said that his government is in contact with France's Elysee Palace "as we speak to promote the fact that Couche-Tard could be a good owner, as Alstom became a good owner of Bombardier Transport."

Along with other retailers, Carrefour, with roughly a fifth of France's groceries market, played a major role in ensuring smooth food supplies as the Covid-19 pandemic hit.

But convenience-store operator Alimentation Couche-Tard's €20 per share offer for Carrefour - continental Europe's largest retailer - also raises other political considerations, as the group is one of France's biggest employers.

Carrefour shares fell 2.5% yesterday as the French government underscored its opposition to a deal, with Labour Minister Elisabeth Borne also saying she was against it.

Couche-Tard's approach also raised eyebrows with analysts as they saw little potential for cost savings. The group is focused on gas stations in North America and has little geographical overlap with Carrefour.

But this could be a plus in terms of preserving jobs, while a takeover could be interesting for Carrefour if it provided financial firepower for investments in areas like e-commerce. 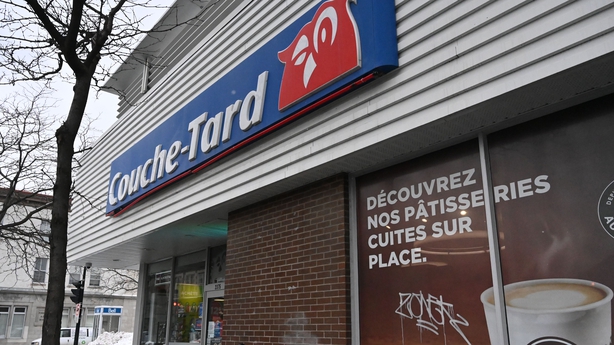 Traditional retailers including Carrefour are trying to reinvent themselves to fight off rising competition from the likes of Amazon.

A source close to Carrefour said the group had been surprised by Le Maire's immediate and vocal opposition to the deal.

"We are surprised by this reaction as we are at a very preliminary stage", the source told Reuters.

Another source with knowledge of the matter said it was too early to say the deal would not go through.

The French government spoke out in 2005 to protect French big business amid rumours that Danone might receive a takeover bid from PepsiCo.

The country has since tightened takeover rules to protect French companies deemed strategic, including under the presidency of Emmanuel Macron, who will face a presidential election in 2022.

During the pandemic, Macron has ramped up calls to protect French sovereignty in areas such as health care and industry, although the former investment banker has tried to strike a balance with a business-friendly approach.

Couche-Tard made a non-binding offer on Wednesday for the French grocery group, largely in cash.

A source familiar with the discussions told Reuters that €20 per share was not enough but was a starting point for discussions.

Initial contact between the two companies came at the end of last year and Couche-Tard sent its first letter in early January, the source said.