Switzerland's biggest bank UBS said today it will close roughly a fifth of its Swiss branches this quarter.

It also said it would start charging negative rates on clients holding more than 250,000 Swiss francs or euros in cash from July.

The bank announced the changes as the coronavirus pandemic boosts online banking over foot traffic and as persistently low interest rates, now expected to remain lower for longer, put pressure on the finance industry.

The Swiss central bank introduced negative interest rates in late 2014 and UBS's move to impose negative rates on affluent clients puts it in line with a number of local lenders.

owever, it is ahead of other major international and private banking peers, who thus far have typically only charged wealthy clients with much larger cash holdings.

Rival Credit Suisse, for example, only charges clients on cash deposits of more than 2 million Swiss francs, which was also UBS' previous threshold.

For euro-denominated accounts, Credit Suisse told Reuters that it will lower its exemption threshold from February, from €1m to €500,000.

That will still be double the exemption limit planned at UBS. 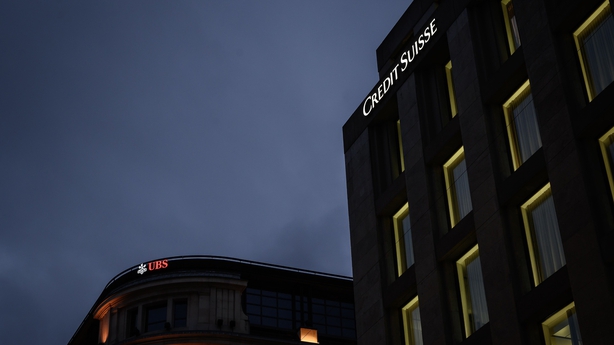 "It's becoming increasingly clear that we'll have to contend with negative interest rates for years to come. That's why we decided to lower the threshold for deposit fees," UBS' Swiss banking head Axel Lehmann told employees in a memo seen by Reuters.

As banks began passing on negative rates to more and more clients, and as the Covid-19 pandemic battered the Swiss economy, holdings in transaction and savings accounts across Switzerland have dropped over the past year.

UBS said it would factor in mortgages and investments that clients had with the bank to determine whether to apply the charge, increasing the exemption threshold to up to 1 million francs for clients with such holdings, it said.

"In the end, less than 5% of our clients will be affected," Lehmann said in the memo confirmed by a bank spokeswoman.

In a final shake-up of its Swiss business under current head Lehmann, the bank will also close around 40 of its 239 Swiss branches by the end of March.

The news follows a similar move by competitor Credit Suisse, which announced last August it would close roughly a quarter of its branches as part of its strategy of favouring digitalisation over a physical footprint.

The closures at UBS will not result in any layoffs "at the moment," Lehmann said in a second memo, adding employees would be redeployed to other branches or areas wherever possible.

Lehmann is due to step down as UBS's Swiss banking chief at the end of this month and his successor will be current operating chief and EMEA head Sabine Keller-Busse.