Marks & Spencer warned today that its popular Percy Pig sweets could be hit by tariffs if it re-exports the product to European Union countries, including Ireland.

CEO Steve Rowe said the pink sweets, along with about a third of the products in M&S's food business, are subject to very complex "rules of origin" regulations that form part of Britain's trade deal with the EU.

The rules relate to the composition of individual products and how much of it has been altered in the United Kingdom.

Any product that is manufactured in Europe, imported into the UK and then re-distributed to EU countries faces a tariff.

"The best example I can give you of that is Percy Pig," Rowe told reporters.

"Percy Pig is actually manufactured in Germany. If it comes to the UK and we then send it to Ireland, in theory it would have some tax on it," he said. 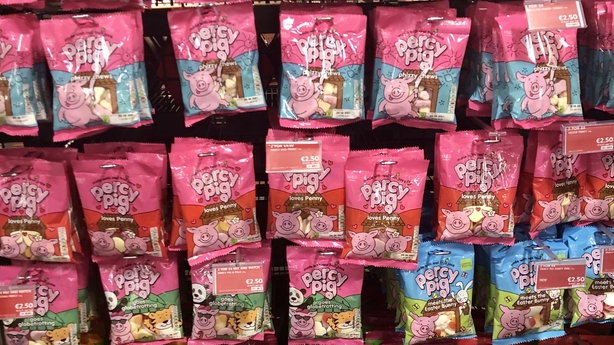 M&S also also warned today that potential post-Brexit tariffs on goods exported to the EU, together with complex administrative processes, would significantly impact its businesses in Ireland, the Czech Republic and its franchise business in France.

It said it was actively working to mitigate these factors.

Earlier, the retailing giant reported another big fall in sales of clothing and homewares in the three months leading up to Christmas, as restrictions to curb the spread of the coronavirus hit demand and closed stores.

M&S said revenue in its clothing and home division slumped 25.1% in the 13 weeks to December 26, its fiscal third quarter, having fallen 21.3% in the previous quarter.

M&S was struggling to reinvent itself after decades of failed attempts even before the pandemic hit.

It warned that the latest national lockdowns across Britain announced in January and which could potentially extend until Easter would further impact store sales.

"Near term trading remains very challenging but we are continuing to accelerate change under our Never the Same Again programme to ensure the business emerges from the pandemic in very different shape," its chief executive Steve Rowe said.

In May, it said the crisis would indelibly change its business and it would accelerate the latest turnaround plan, delivering three years of change in one.

In August, M&S cut 7,000 jobs and in November it reported a first loss in its 94 years as a publicly listed company. Its shares have fallen 35% over the last year. 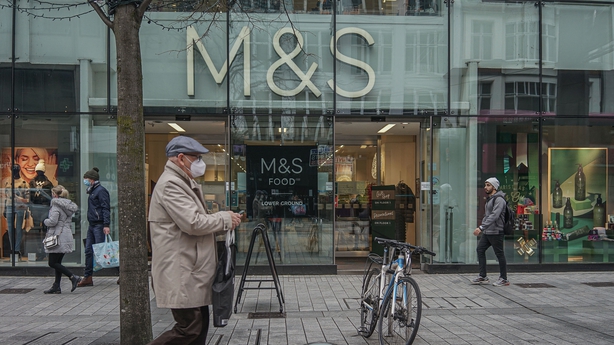 The group said "good progress" in repositioning clothing and home ranges and buying was concealed by the Covid-19 restrictions and demand distortions.

Food sales were up 2.2% in the quarter, having increased 1.6% in the second quarter.

It said food performed well in the four-week period leading up to Christmas, with like-for-like sales, excluding hospitality and franchise up 8.7%, with large retail park and Simply Food stores significantly outperforming.

M&S's international revenue decreased by 10.4% impacted by changing restrictions related to the pandemic across the world.