A new ferry service linking Rosslare Europort to Dunkirk in north-eastern France got under way today, with the first ship making the crossing fully booked.

The DFDS route is aimed at transport companies and truck drivers who previously used the UK land bridge to get to the continent, but now want to avoid any Brexit-related delays including customs checks and more paperwork.

The first DFDS ship to undertake the crossing from Rosslare to Dunkirk, one of the largest ports in France, left at 2pm this afternoon.

Tom Bermingham, driver with DG McArdle International, prepares to board the DFDS ferry before it leaves on its first journey from Rosslare to Dunkirk @rtenews pic.twitter.com/eWUHAnKlzt

While it will take almost 24 hours to get to its destination, bringing drivers directly to Dunkirk reduces red tape as well as the need for rest periods, which would otherwise have been taken while crossing Britain.

It will also be attractive to hauliers who need to travel on to Belgium, Germany and the Netherlands, as Dunkirk is close to the Belgian border.

"It's probably something that should have been done a long time ago but Brexit has pushed it forward," Darren Mooney of DFDS said today in Rosslare.

"They start their week in Dunkirk rather than starting in Holyhead or Pembroke, and the same coming back, so they save two days and get more productivity out of their trucks... It's getting there at the right speed as well. This is opening up the door for Ireland into Europe at a higher and faster pace."

The first ship is carrying almost 100 trucks and trailers to Dunkirk, with a similar number aboard the next DFDS service from Rosslare later today.

The new DFDS services, along with expanded services from Stena Line, mean there will eventually be 15 crossings from Rosslare to the continent every week, and 15 return journeys, representing a near-tripling of the number of routes available to drivers from the Europort.

"It's a tremendous day here today," Glenn Carr, manager of Rosslare Europort said. "We have three sailings going out to mainland Europe, two of which are new services from DFDS going to the port of Dunkirk, and our third with Stena Line which is one of the additional sailings going out today.

"All in all today, we will move more freight on this day alone through the port of Rosslare to mainland Europe than we did for the whole of week one of 2020."

He said bookings on all of the vessels heading for Europe in the coming days and weeks are promising. "I think we're seeing a real change now, away from the land bridge, avoiding the hassle and paperwork and going direct from Rosslare to mainland Europe." 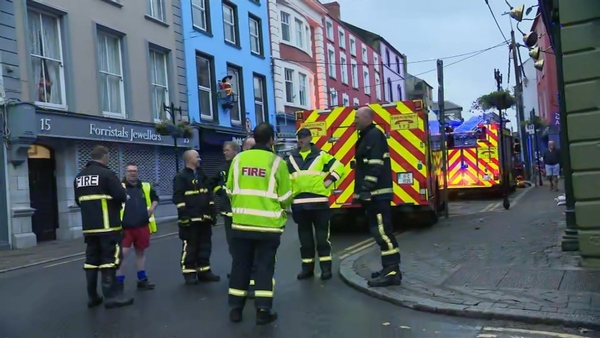