The latest Bank of Ireland Economic Pulse increased in December, with both consumer and business sentiment improving against a mixed economic backdrop.

Bank of Ireland said the backdrop to the December survey was mixed with the fieldwork carried out as the country exited a six week period of Level 5 restrictions and as plans for the rollout of a Covid-19 vaccine were being drawn up.

But the fieldwork was also carried out as the Brexit transition period neared its end date with no clarity on the nature of the future EU-UK trading relationship.

"While the former lifted the spirits of households and firms, the latter tempered the bounce in confidence," Bank of Ireland said.

The Consumer Pulse recovered further ground in December, coming in at 66.2 - up 5.9 on last month but down 10.2 on the same time last year.

Bank of Ireland said that due to the easing of restrictions at the start of the month and the fact that a vaccine is on the way, households were more positive about the general economic situation and their own financial circumstances.

"Buying sentiment also firmed this month - just over a quarter considered it a good time to purchase big ticket items compared with 22% in November," it said.

"But savings sentiment softened as opportunities for social consumption increased and concerns about job security eased," it added.

Bank of Ireland said that unsurprisingly, the re-opening of non-essential retail and services businesses and the loosening of restrictions on the hospitality sector in the run up to Christmas lifted the Retail and Services Pulses. 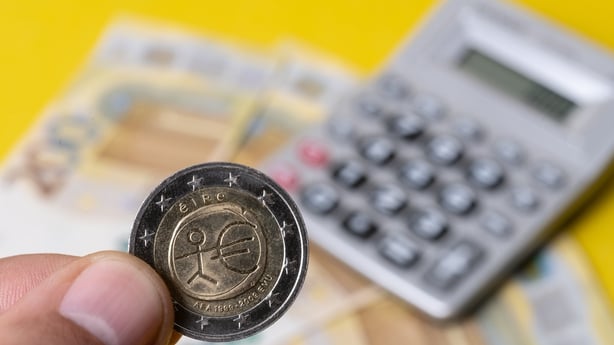 The Industry Pulse also rose this month, albeit more modestly, with firms in Brexit-exposed indigenous sectors more circumspect about near-term prospects for business activity - while uncertainty was a concern for larger building firms which weighed on the Construction Pulse.

The December survey also finds that 22% of businesses expect to raise their selling prices in the next three months, as because more red tape in trade with the UK (even with a deal) is set to add to costs.

The improvement was broad based, with households in all regions upping their expectations for future house price gains.

Bank of Ireland said that housing demand has held up relatively well in the face of the Covid-19 shock and while the hit to supply has also been less than feared, the number of new homes coming on stream remains shy of what is needed.

"Cost pressures are picking up too, with over half of builders reporting an increase in non-labour input costs in the past three months," the bank added.

Dr Loretta O'Sullivan, group chief economist for Bank of Ireland, said the December Economic Pulse benefited from the re-opening of the economy at the start of the month.

"Consumer and business sentiment both tracked higher as households and firms geared up for the festive season and took comfort from developments on the Covid vaccine front," Dr O'Sullivan said.

"But with virus cases on the rise again and the Government announcing another round of restrictions in recent days, the mood heading into the New Year will likely  sour. In contrast, the clinching of a Brexit trade deal on Christmas Eve is expected to be met with a sense of relief, bitter sweet though it may be," she added.