The latest lockdowns caused clothing sales to tumble by almost a fifth and added to trouble for the hardest-hit parts of the high street.

Overall retail sales volumes dropped 3.8% on the month in November, their biggest decline since the first lockdown in April, after a 1.3% increase in October, the Office for National Statistics said.

Annual sales growth halved to 2.4% from 5.8%, but many economists predicted a rapid recovery in December.

Retail has been one of the few bright spots in Britain's economy since the Covid pandemic, which the Bank of England estimates has caused Britain's economy to shrink 11% over the course of 2020, the biggest slump since 1709.

"Despite lockdowns across most of the UK, the level of spending is still higher than where it was in August, and comfortably above its pre-virus level," ING economist James Smith said.

UK consumer confidence showed its biggest jump in eight years as households welcomed the availability of coronavirus vaccines, according to a monthly survey from market researchers GfK released earlier today.

The Bank of England expects the economy will shrink by just over 1% in the final quarter of 2020, slightly less than expected a month ago.

But it said yesterday that it saw greater obstacles than before for early 2021 from longer-lasting lockdown restrictions.

Trading has been mixed across retailing, with online retailers booming and supermarkets enjoying solid results, but many clothing retailers struggling from the closure of their high-street premises. 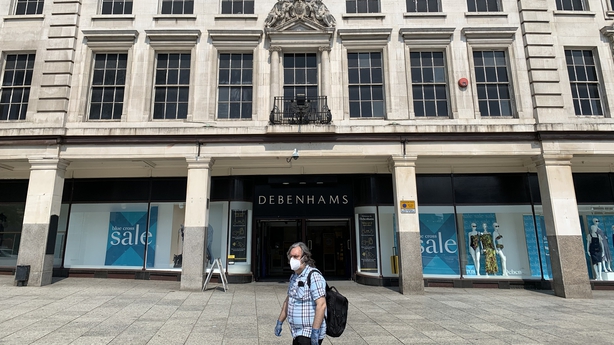 Today's data showed clothing sales down 19% on the month, their biggest drop since April's lockdown and almost a third lower than a year earlier. Food sales rose by 3.1%, the most since March's wave of panic-buying.

Fuel sales also fell, down 16.6% on the month, as fewer people drove to work or leisure activities. Online sales rose to 31.4% of total spending, the highest since June.