The number of passengers using the five main Irish airports in the third quarter of 2020 sank by 87.5% compared to the same time last year, Central Statistics Office figures show.

Over 1.45 million passengers passed through Dublin, Cork, Shannon, Knock and Kerry airports during the three months from July to September, down from over 11.5 million the same time last year.

The CSO reported significant decreases in passenger numbers for July, August and September due to the restrictions imposed in March as a result of the Covid-19 pandemic.

Today's CSO figures also show that over 24,000 flights were handled by Ireland's main airports in the third quarter of 2020, a drop of 69.3% compared to the same period last year. Dublin accounted for 82.7% of all flights, the CSO noted.

Amsterdam-Schiphol, London-Stansted and London-Heathrow were the most popular routes for passengers travelling through Dublin airport in the third quarter of 2020.

For Cork airport, the top three routes were London-Stansted, London-Heathrow and London-Gatwick. 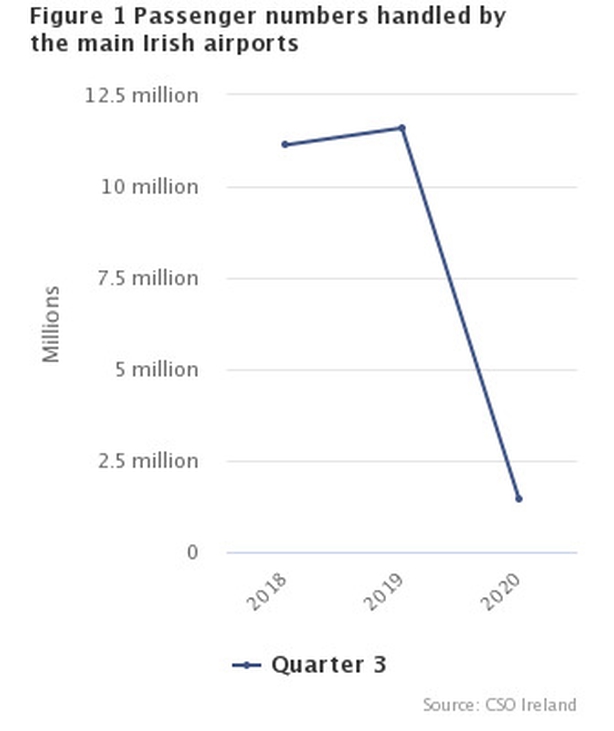 Some of the country's regional airports closed for a month in November and re-opened this week to operate much reduced Christmas services.