The head of European planemaker Airbus has called for an end to separate diplomatic squabbles over Britain's exit from the European Union and a transatlantic aircraft subsidy dispute that overshadow its business.

Chief executive Guillaume Faury said Airbus was preparing for disruption if Britain completes its exit from the bloc without a deal, but downplayed warnings of severe upheaval.

The company's manufacturing plants straddle Britain and the EU.

"It would really be a pity that after so many years of preparation there is no deal at the end. I think it would be much better for the EU and the UK to have an orderly Brexit," Faury told a conference.

"This being said, if there is no deal we will have to live with it. There will be a more difficult transition on December 31 and we are preparing ourselves for some logistical issues, but we don't think this is going to be unmanageable," he added.

His comments came after the UK manufacturing industry warned of a potential "knockout blow" if Prime Minister Boris Johnson is unable to secure a trade deal with the EU before temporary arrangements end on December 31.

Faury also called for compromise in a dispute over aircraft subsidies in which the EU and US have both imposed tariffs on multiple goods.

"We are calling for a de-escalation - and finding a long-term agreement between the US and the EU, and we think this is what will happen," Faury told the Conference of Montreal.

"And it will happen under the Biden administration, but I think it would have happened anyway," he added.

Diplomats say the EU and outgoing Trump administration are in "serious" negotiations to end the 16-year-old trade fight, which has come to a head just as Britain leaves the EU.

Airbus found itself squeezed between the two sets of trade negotiations last week when Britain halted tariffs on US goods adopted in support of Airbus as it completes its EU exit. 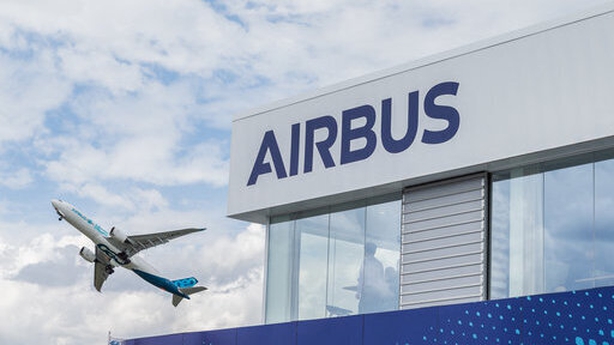 Faury reiterated that Airbus would leave its current wings output in Britain but would decide the level of investment in the country for future programmes based on UK competitiveness.

Airbus is also at odds with Canada where it builds the small A220 jet after buying the programme from Bombardier in 2018. Faury said he was disappointed by the level of support for aviation from Ottawa, in contrast with bailouts elsewhere.

Airbus has called for urgent help for airlines in Canada where the government is in talks with carriers and airports.

Airlines globally have been battered by the Covid-19 crisis, dragging down aircraft demand and forcing planemakers to cut output.

Faury said Airbus would maintain its reduced output of 40 A320-family jets a month into early 2021, but did not address the timing or scale of any output increase.

Airbus has asked suppliers to be ready to support 47 a month by July, partly restoring pre-crisis monthly output of 60, but some suppliers say this may slip to end-2021 or early 2022.

Speaking by video link at a conference forced to take place virtually this year, because of coronavirus restrictions, Faury said it was vital to restore flights as vaccines are rolled out.

But he said he was not one of those fearing that premium travel would be severely impacted forever by the new technology, saying most business would still need to be conducted in person.