Passenger numbers at Dublin Airport for the Christmas season are expected to be down by 88% compared to the same time last year, as Covid-19 continues to have a devastating impact on traffic levels at Irish airports.

Dublin Airport has estimated that about 137,000 people are due to travel through the airport this Christmas compared to almost 1.2 million people last year.

About 127,000 of those passengers are travelling to and from Ireland during the Christmas period, while about 10,000 people are connecting passengers who pass through Dublin Airport.

From Monday December 21 to Monday January 4 an average of 8,615 departing and arriving passengers are expected at the airport a day.

This compares to an average of 83,508 passengers per day over the Christmas season last year.

"Dublin Airport will be quieter this Christmas than it has been in decades," Dublin Airport's spokeswoman Siobhán O'Donnell said.

Traffic is usually split evenly between arrivals and departures over the Christmas period, but this year there are expected to be slightly more departing passengers, as departures are expected to account for 52% of traffic during the period.

The busiest day during the Christmas season is expected to be December 27.

Dublin Airport also said that the traffic situation this year is more unpredictable than a normal Christmas so the final passenger number may differ from the forecast traffic levels.

Siobhan O'Donnell also said that passengers are reminded to comply fully with Covid-19 guidelines throughout their journey through Dublin Airport.

"Face masks should be worn when in the airport buildings, social distancing protocols should be observed and there are more than 1,000 hand sanitisers located throughout the airport campus," she said.

In line with Government guidelines and European Union Aviation Safety Agency (EASA) guidelines, to help maintain social distancing, access to the terminals is limited to passengers, crew and airport staff. 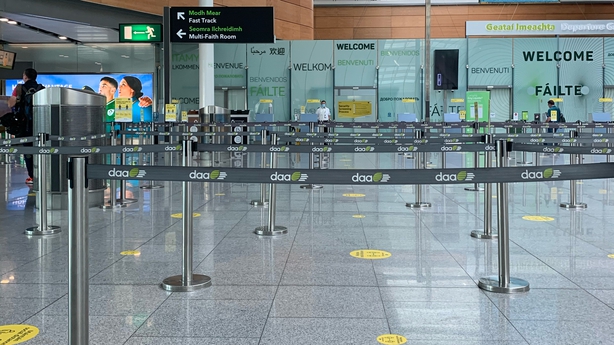 Anyone planning to collect passengers should arrange to meet them outside the terminals.

There are new meeting points  just outside Terminal 1 and at the glass walkway between the Terminal 2 car park and arrivals.

It is recommended that anyone who is collecting passengers at Dublin Airport plan and arrange pick-ups in advance.

The airport also confirmed that for the first time in many years it will be unable to host its normal Christmas music programme, due to Covid-19 restrictions.

Meanwhile, Cork Airport has said it is expecting its passenger numbers to fall by 89% this Christmas. 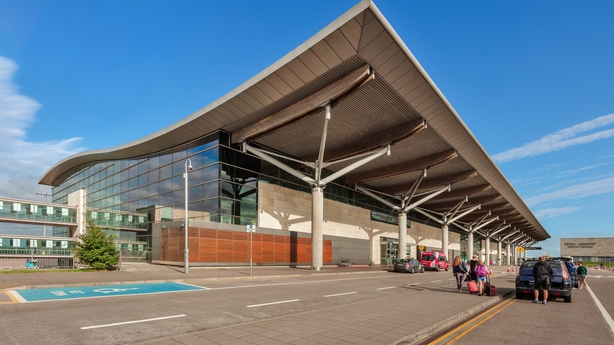 The airport said it expects as few as 13,000 people to pass through the airport at Christmas - half of these will be arrivals.

This compares with almost 119,000 people who passed through the airport in 2019.

"Cork Airport will experience one of the quietist Christmases in decades this year with just 11% of normal passengers levels," said Cork Airport Head of Communications, Kevin Cullinane.

Otters and tennis court a perfect match in Co Meath