The Bank of England took steps today to keep banks lending through 2021 as Britain grapples with the Covid-19 pandemic and braces for any market disruption from a big change in the UK's trading relationship with the European Union.

Governor Andrew Bailey said the central bank had done all it could to mitigate risks from a no-deal departure from the EU on December 31.

He said the bank was ready to deal with any disruptions to financial markets.

"What has the Bank of England got in its armoury, as it were? The answer is a lot. We will use our tools, as we did in March, should we be in that situation," Andrew Bailey told a news conference.

The Bank of England ramped up market liquidity auctions at the start of the pandemic, as well as cutting interest rates to a record low and restarting its asset-purchase programme.

Market disruptions would not threaten financial stability, but Governor Bailey warned that some EU customers might be unable to access British financial services because the EU had not taken mitigating action.

"There is a limit to what we can do," Bailey said. 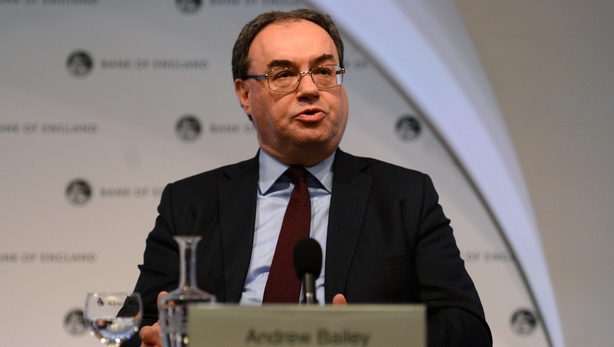 Market volatility could be reinforced by some derivative users not being fully ready to trade with EU counterparties or on EU-recognised trading venues, the Bank of England said.

British Prime Minister Boris Johnson said yesterday that there was a "strong possibility" that a post-Brexit transition period would end on December 31 without a deal to avoid tariffs on British exports to the European Union.

Andrew Bailey said he was confident London would continue to be one of the world's leading financial centres.

He said job losses in the sector had been much smaller than some people had feared at the time of 2016's Brexit referendum.

Meanwhile, the Bank of England said its counter-cyclical capital buffer - extra money banks must set aside during economic good times - would be held at zero until at least the last quarter of 2021.

Banks would not need to implement any future change until the end of 2022, and should use this flexibility to underpin lending to the rest of the economy, the Bank of England added.

"Our message today is that the financial system has the resilience to go on doing that," Bailey said.

The Bank of England yesterday announced it would allow banks to restart paying dividends and executive bonuses.

Banks would face challenges next year from higher unemployment and business insolvencies but were well prepared and could absorb losses of up to £200 billion, the Bank of England said.

The bank forecast last month that Britain's economy would shrink by 11% this year as a result of the pandemic and grow by 7.25% in 2021, taking until the first quarter of 2022 to return to its pre-crisis size.

Unemployment was expected to peak at 7.8% in the second quarter of next year.

The Bank of England also reiterated that it would not relax regulatory standards, whatever the outcome of post-Brexit trade talks.

However it plans to review limits on mortgage lending, first established in 2014, to see if they were still appropriate in an environment of lower long-term interest rates.