Irish Continental Group has reported a 26% drop in revenues for the first ten months of the year as the number of cars it carried on its ferries slumped by 66.8%.

In a trading update, the Irish Ferries owner said its revenues for the ten months to the end of October fell to €229m, a decrease of €79m on the same time last year.

ICG said its ferries division faced challenging trading conditions after the continuation of travel restrictions across the EU which were first introduced in the middle of March due to the Covid-19 pandemic.

ICG said this has had a material impact on passenger revenues, which were 71% lower in the year to October 31 compared to 2019.

ICG said the impact of Covid-19 has been more limited in its Container and Terminal Division. Compared to last year, container shipments are down 9% with container lifts at its terminals in Dublin and Belfast down 12%.

Due to the "severe" decline of passenger business during the Covid-19 outbreak, some ferry routes out of Ireland which are critically important in providing essential services became cash negative.

But ICG said it did not support this approach as it believed the model was liable to create distortions in the marketplace and could be open to legal challenge.

"For these reasons we decided not to participate in this PSO model, but we committed, without any specific government support, to continue operating our lossmaking routes which provide a vital lifeline service to our island," it said.

The PSO scheme ceased in July. 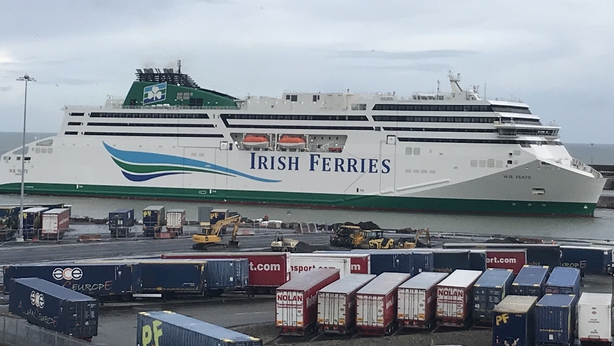 "We will closely monitor the Government's future response to assistance for shipping and aviation to promote against any potential funding mechanism that may lead to any market distortion," it added.

On Brexit, ICG said that its ferries division is highly dependent on trade flows between Ireland and the UK and any slowdown in either economy as a result of the exit of the UK from the EU will likely have an effect on Irish Ferries' carryings.

"We continue to work with all relevant regulatory authorities to ensure that our systems are prepared for the end of the transition period.  Our customers also need to be prepared for the administrative changes that will come about when trading with the UK from 1 January 2021, regardless of a deal between the EU and the UK," the company stated.