But the airline's ambitions may be hampered if regulators extend a freeze on airport slots in response to the coronavirus crisis, Jozsef Varadi added.

In an interview aired during the online Paris Air Forum today, Varadi criticised the suspension of EU rules governing the competitive allocation of airport take-off and landing rights.

"It is one of the airports we're talking to, but I have no idea what's going to happen to these slots," Varadi said of Gatwick, the UK's second aviation hub after Heathrow.

"First I would like to see the regulator take position on that," he stated.

Under normal slot rules, airlines that fail to use 80% of their take-off and landing rights have to cede some of the slots to competitors.

Brussels suspended the "use-it-or-lose-it" principle this year so that grounded airlines could keep slots.

The waiver has been prolonged once despite Wizz's objections, and traditional carriers are pressing for another extension beyond March.

"If airlines lose their slots the global network will crumble," IATA, which represents major airlines, said in a presentation this week. "Airlines are in no state to be operating 80% of slots right now."

Whether Britain must abide by any EU decision on a further waiver extension could depend on the outcome of talks on a post-Brexit aviation deal, adding more complexity.

"We can keep deferring to Covid-19 forever, but the fact of the matter is that there are airlines who are capable and able to recover quickly," Varadi said.

"And there are airlines that will be dragging for a long time or may never come out of this," he added. "It's almost criminal to hold the slots they don't have any intention to operate."

Norwegian Air has filed for bankruptcy protection in Ireland, deepening doubts over its suspended Gatwick operations. 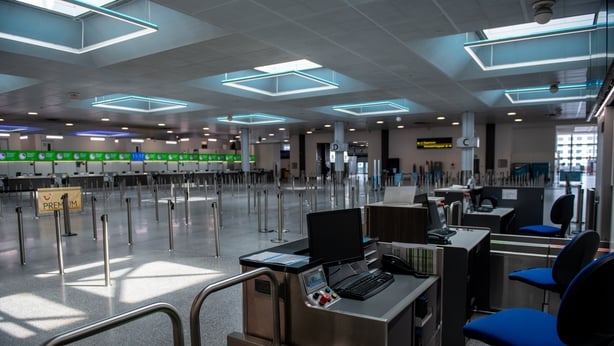 British Airways and Virgin Atlantic may not return to the airport at pre-crisis strength.

Varadi's push to open up slots is gaining some support.

Gatwick boss Stewart Wingate has also called for a return to normal rules.

Since the start of the pandemic, Wizz has continued taking plane deliveries while announcing new routes and aircraft bases. Varadi warns that airports will need to cut their own costs to attract more traffic.

"We're seeing many more opportunities than we can pursue - we have become very selective," he said in the interview. "Many of the airports are pretty much begging for the capacity we can bring to them."