Ireland was out of line with EU recommendations on just two economic indicators last year, according to the latest Macroeconomic Scoreboard published by the Central Statistics Office.

The Scoreboard is one of several checks and balances put in place by the European Union to flag imbalances in member state economies.

Ireland's level international investment position was -174% of GDP. That is a measure of the value of the stock of investments like financial products held here and what foreign owned multinationals have put into their factories and offices here.

The figure shows that Ireland is an international financial centre and had a lot more foreign direct investment than other EU countries.

Ireland is also out of whack with EU thresholds when it comes to private sector debt. That stood at 202% of GDP in 2019, while the EU threshold is 133%.

The level of private sector debt here has been high since the housing boom and crash, but it has been gradually decreasing over the past five years.

Ireland's national debt position moved below the EU threshold of 60% of GDP to 57.4% of GDP last year.

It also moved out of the EU threshold on a measure of house price growth. The EU's threshold is 6% per annum and in Ireland no movement in prices was recorded for 2019. 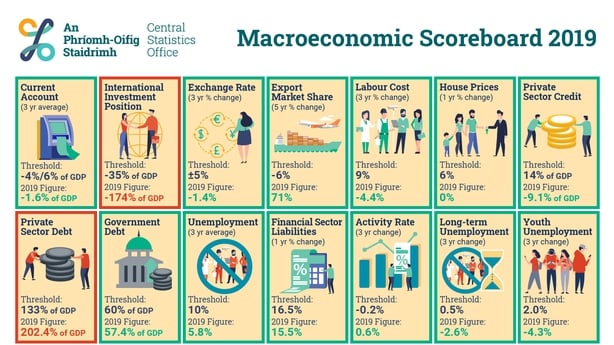 The other area where Ireland is very different to the EU threshold is when it comes to export market share - a measure of our exports relative to the value of world exports.

The EU threshold is -6%, because relatively exports from countries like China are growing much faster.

Ireland's five year average is +71%, which is the highest in the EU.

But the CSO notes a lot of this is down to a big increase since 2015 when goods manufactured on behalf of Irish companies, or companies registered as Irish, were counted as Irish "exports".

This is known as contract manufacturing and can distort the picture of how well the exporting sector is doing. 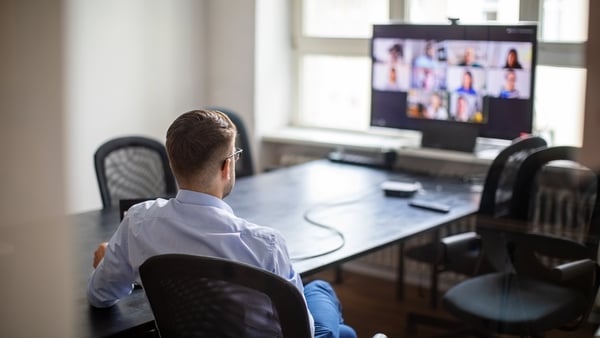