The European Commission has said the outlook for the Irish economy is "highly uncertain" and that risks are "elevated".

In a report published today, the Commission notes that Ireland's public finances were in "a position of strength" at the start of this year.

However, the impact of the Covid-19 pandemic and the cost of the measures put in place to support the economy have contributed to a large government deficit and increased debt.

Uncertainty over Brexit and the future of corporate tax revenues also remain as risks.

In today's report, the Commission advised Irish banks to prepare for increased levels of bad loans.

It suggested that moratoria may have only delayed the impact of the pandemic on firms and households.

But it also noted that Irish banks are more resilient than they were during the global financial crisis a decade ago.

Overall the Commission said there is little risk to Ireland's ability to repay its bailout debts and it acknowledged that Ireland maintains favourable access to debt markets.

It said it expects Ireland to return to declining levels of government debt once the Covid-19 crisis is over. The European Commission also recommended that euro zone governments should keep spending next year to support an economic recovery from the slump caused by the Covid-19 pandemic, but make sure the extra stimulus is temporary and targeted.

"As the health emergency persists, fiscal policies should remain supportive in all euro area Member States throughout 2021," it said in formal recommendations that will be endorsed by finance ministers.

"Policy measures should be tailored to country-specific circumstances and be timely, temporary and targeted," said the recommendations that will shape fiscal policy in the euro zone.

Euro zone governments sent the Commission their draft budget plans for 2021 last month for checks on whether they are in line with EU rules.

The EU executive arm said today that some of the planned spending by France, Italy, Lithuania and Slovakia were not temporary or matched by offsetting measures.

The Commission also cautioned Belgium, France, Greece, Italy, Portugal and Spain that their already high public debt would worsen during the pandemic and so they should pay attention to fiscal sustainability in the medium term.

The Commission also recommended that governments maintain the credit channels to the economy and support viable companies as long as necessary during the unprecedented crisis.

To help banks, which will see a rise in the number of loans that are no longer serviced, the Commission suggested that governments develop secondary markets for non-performing loans.

The Commission warned the pandemic was increasing economic divergence between euro zone countries due to differences in the intensity and timing of the pandemic shock, in the size of most the affected sectors such as tourism or hospitality, and in the fiscal space available.

"These differences impact confidence, investments and growth prospects as well as regional disparities that pre-existed but may be exacerbated," the Commission said.

"Over the longer-term, the current Covid-19 crisis risks having permanent negative effects on potential growth and income gaps due to lower human and physical capital... that could translate into even lower growth in labour productivity and incomes," it said. 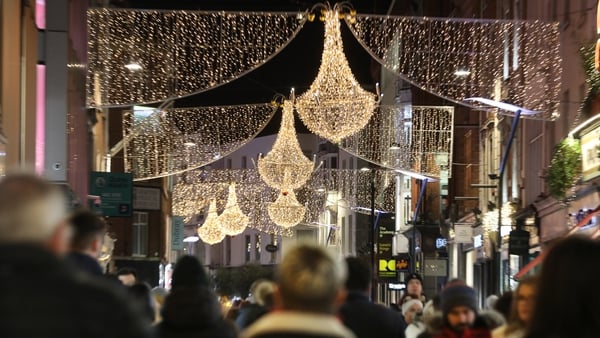