Two Covid-19 testing facilities are to open at Dublin Airport on Thursday, with the privately-run centres offering passengers drive-through or walk-in tests.

Walk-in tests will cost €99, with results due back between 24 and 48 hours later.

Drive-through tests will range in price from €129-€159, depending on the type of test and the speed with which the results are required.

All consumers will be able to use the services, whether they are travelling or require a test for another reason.

"We have been keen to provide testing at Dublin Airport for some time and the Government's recent decision to grant planning exemption, which we strongly welcome, will enable two testing facilities to open this Thursday," said Dublin Airport Managing Director Vincent Harrison. 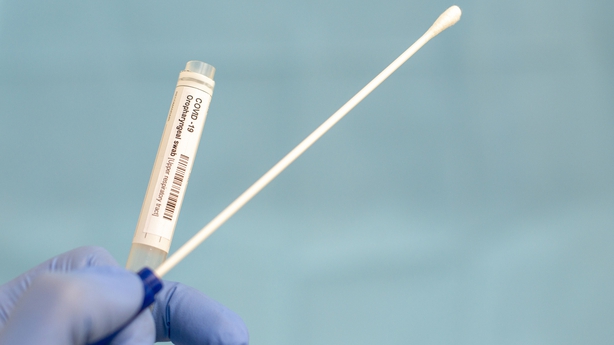 The tests on offer will be both PCR and LAMP varieties and will be provided by the healthcare firms Randox and RocDoc.

In order to get a test, customers will have to pre-book online ahead of time with the test provider.

Randox will have its walk-through facility in a building close to Terminal 2's multi-storey car pay, while RocDoc's drive-through centre will be in the nearby Express Green car park.

Dublin Airport has come under pressure to provide testing services as the country moves into the EU's traffic light system for international travel.

This will see regions in Europe designated as Green, Orange or Red by the European Centre for Disease Prevention and Control (ECDC) depending on the level of cases in those areas.

There are no restrictions on those arriving from Green regions.

Passengers arriving from Orange regions who have a negative PCR test result for Covid-19 from a test taken up to three days before arrival do not need to restrict movements.

For now, passengers arriving from a Red region are requested to restrict their movements for 14 days.

But from midnight on 29 November, they will not have to continue to restrict their movements if they have a negative or not-detected result from a Covid-19 PCR test taken at least five days after arrival in Ireland.

Mr Harrison described the opening of the testing facilities as a positive step but indicated more progress would be needed.

"Ireland needs a rapid low-cost Covid-19 testing system for travel similar to those being trialled and used in other countries using Antigen testing," he said.

Randox said it has significant capacity for high volume PCR testing, while RocDoc said it will be installing a category two laboratory and testing facility, which will be able to process over and above the expected tests per day.

The Government continues to advise the public not to take non-essential overseas travel and to exercise a high degree of caution if they do have to go.

Passenger numbers at Dublin Airport down over 90%

The chief communications Officer with the Daa has reiterated that airports in Ireland need a fast, low cost testing system in place.

Paul O'Kane said antigen testing, which he said is being used in lots of other countries, offers the best option in this context.

Speaking on RTÉ's Today with Claire Byrne, Mr O'Kane said that very few passengers are travelling and passenger numbers are down by 91%.

He said media reports about a group of people who bought flights for €9.99, but did not fly and instead used the tickets to get into the airport to have a few pints, was a "stunt" and not something that was happening at a wider level.

The four people in question would have had to have spent €76, plus the cost of travel to and from the airport before they bought a drink, which Mr O'Kane said "shows the ridiculousness of what they did".

He said in order to buy a drink in bars at the airport, people have to buy a substantial meal.

The airport is an essential service and the bars are open to provide food and beverages as part of this service to the few passengers who are travelling, he added.

Meanwhile, Aer Lingus has welcomed news that testing services are to begin at Dublin Airport, saying it forms part of a multi-layered risk mitigation approach.

But it also echoes the view that tests should be based on a rapid and affordable testing solution.

"Aer Lingus believes that a rapid antigen testing regime is the most appropriate standard in this regard," the airline said.

"Only a rapid and affordable testing solution will facilitate a meaningful increase in safe international travel."

"Aer Lingus believes that following the initial implementation of the measures, the fortnightly review process should over time lead to a streamlining of the processes and allow a meaningful increase in safe international travel."