Travel group TUI is in talks with the German government on an extra €1.5-1.8 billion in state aid as two bailouts from earlier this year have not been enough for company to cope with the coronavirus travel slump.

This is according to people close to the matter.

The money could come from Germany's new economic stabilisation fund WSF and could include a mixture of equity and hybrid capital, the people said. They also said various options were still under discussion and no decisions had been taken.

Another person said that €1-2 billion in additional aid were under discussion.

TUI has already received a total of €3 billion of state-backed loans in two tranches this year. The current talks are focusing on strengthening the company's capitalisation, the sources said.

TUI said that after the renewed travel restrictions it was considering all options for its finances for the next few months, declining to comment on a possible third bailout.

Sources familiar with the situation have previously said he is expected to participate pro rata in a potential capital increase.

TUI has said it could issue new shares but clarified last month that it wanted to wait for its share price to recover before any capital increase. It also said asset sales were also an option to generate cash.

It said it lost €1.1 billion in the quarter to June after Covid-19 halted travel, wiping out revenue and straining its balance sheet as it burned through about €550-650m a month.

TUI's share price extended Monday's gains and was 4.4% higher yesterday as investors hoped that the arrival of a Covid-19 vaccine will help its business to recover.

"Monday's share price reaction shows that people believe in TUI's business model, which has been disrupted but not destroyed by government shutdowns," one of the people said.

The share price rise also means that in any state aid deal, TUI may be able to sell new shares to the government at the nominal value of €2.56 and may be able to avoid a prior reduction of the company's capital. The lowest possible price for any capital increase is the face value of the shares.

The government is seeking to buy new shares in TUI at a large discount as that would potentially allow an exit without losses at a later point in time, the people said.

In Lufthansa's €9 billion bailout earlier this year, the government bought new shares worth up to 25%, injected non-voting capital and granted loans through state bank KfW.

TUI is expected to report financial results for its full fiscal year next month.

Meanwhile, TUI has cancelled all Lapland holidays for customers from the UK and Ireland this winter. 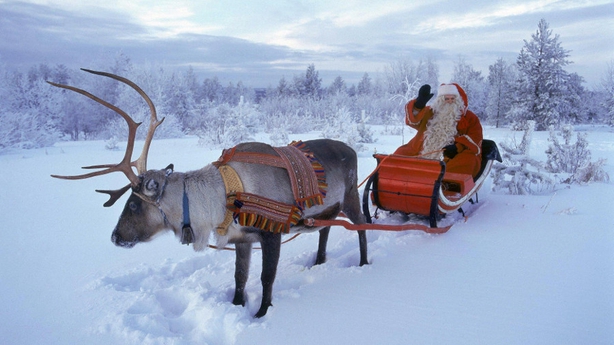 The tour operator made the decision as it could not guarantee it would "keep the magic alive" for families visiting the Finnish region due to the coronavirus pandemic.

"TUI UK and Ireland today regrets to confirm it has made the incredibly difficult decision to suspend holidays to Lapland this winter, due to the continued uncertainty surrounding travel and the unprecedented impact of Covid-19," it said.

"Visiting Santa is a truly magical, once-in-a-lifetime family experience, and TUI has worked extremely hard in recent months to try to ensure it can keep the magic alive and guarantee children and their parents a safe and enjoyable holiday," it said.

"However, with the rapidly evolving travel environment and a Covid test soon to be mandatory for Finland, TUI UK and Ireland has decided that, on this occasion, it would not be able to deliver on this promise and wanted to remove uncertainty for families," it added.