When it comes to the future of the US economy, does it really matter which candidate wins the Presidential election?

Perhaps not as much as those who run for election there and their campaigns might want us to believe.

Because there are many varied influences on US commerce, from the Fed, Senate and House of Representatives, through to internal and external crises such as Covid, international trade conditions, global markets, the pipeline of innovation, and much more.

Despite this though, there’s little doubting that the policy priorities of those who occupy the White House are very important and in this election cycle, perhaps more so than normal.

Now that Joe Biden has been declared as the next US president, what kinds of business and economic developments can we expect, and what impact will they have on the Irish economy, your business/employer, and your pocket?

When it comes to taxing of business, a Biden led administration is not seen as likely to bring about huge change from the Trump one, including in the area of international tax reform.

"But their whole policy position is, we are happy to do an agreement as long as it doesn’t affect US companies, and if it is going to be something that we don’t like, that US companies have an opt out."

Keeping the US engaged in the current OECD led international tax reform process is important for Ireland, because it is in our interests that the process succeeds.

If it doesn't then countries, including the US, will go it alone on taxing firms, leading to a highly fragmented global free-for-all that would hurt us, particularly multinationals operating here.

On the domestic front, Joe Biden’s tax policy includes a plan to increase corporation tax from 21% to 28%.

If implemented, that could have a dampening impact on investment by US firms, including overseas in places like Ireland.

But without Democratic control of the Senate, getting those tax changes through will be difficult if not impossible.

As a result, change is seen by experts here as unlikely.

"What he does have as a real focus, and very similar to Trump, is a continued focus on the onshoring piece," said Mr Brady.

"I think that is the biggest element probably from an Irish point of view to be worried about."

While we often think of the US only in terms of investment into Ireland, the process cuts both ways.

Ireland is currently the ninth largest investor into the US and Irish firms employ 106,000 people there.

So it is very much in our interest that the US economy is performing strongly.

Prior to the Covid-19 pandemic it had been doing reasonably well and it will be up to the new president to nurse and boost the recovery.

Already the US Government has pumped $2 trillion in stimulus into the economy.

But it is expected that Biden will seek to push out another similar sized fiscal package.

That could bring a boost to Irish firms operating across the states, like building materials company CRH for example, which has 22% of its revenues linked to US infrastructure spending.

Quite how that injection will be paid for is unclear though, if President-elect Biden cannot convince a Republican controlled Senate to raise taxes.

"I’m not sure having spent from 1986 to 2016 to amend the tax code the Republicans will be rushing back in to increase it by up to 7%," said Feargal O’Rourke, Managing Partner of PwC in Ireland.

If the stimulus doesn’t come though and personal taxes in the US were to rise, that could have a damaging effect for the Irish tourism recovery once travel restrictions lift.

Both stimulus spending and any attempts to increase US corporation taxes could have a spin-off effect for foreign direct investment here though.

US firms make up 70% of FDI into Ireland and so a growing post-pandemic American economy will boost their global activities.

Talk of tax increases in the US could also drive US multinationals to look elsewhere before investing.

"If they are talking of raising the tax rate in the US from 21% to 28% that's not going to entice companies back to the US," said Mr O'Rourke.

However, the pandemic has brought home how reliant the US is on products, particularly pharmaceuticals, that are manufactured by US companies in other countries such as Ireland.

That may well see a Biden-led administration further press US firms to bring manufacturing, particularly in pharma, back home in the same way as Trump did.

"Both of them said they want to relocate stuff back to the US," said Mr O'Rourke.

"But it is one thing saying it. If you suddenly increase your tax rate by 7% and these companies are all embedded here...they are not going to just up sticks and go back just because someone asks them nicely."

However, Mark Redmond, chief executive of the American Chamber of Commerce in Ireland, is even more confident US firms here will stay for other reasons.

A recent survey by the Chamber of the leaders of US multinationals here found that 56% think Ireland is a better place to invest in today compared to 2015 and only 6% disagree.

"Over the past nine months of this pandemic corporate boardrooms in the States have seen how their Irish operations in critical global supply chains like medtech, like pharma, like microprocessors and semiconductors, how they have been incredibly resilient, trustworthy," said Mr Redmond.

"So we believe this extraordinary performance is actually standing to Ireland’s good stead reputationally, within the boardrooms in the United States."

This will be an important factor, Mr Redmond thinks, if the pressure comes on US firms in the future to be more patriotic by bringing the jobs back home.

The fact that Ireland is a rules-based democracy governed by consent is also very recognised in board rooms in the US, he added.

Among other things, the Trump presidency has been characterised by trade protectionism, combativeness and hardball.

This has contributed to a contagion effect, leading to an increasingly inward-looking stance among many of the US’s main trading partners, including the EU and China.

That position is expected to soften somewhat once Biden enters the Oval Office, with a distinct change in tone likely.

"From a European point of view there will be better bilateral relations between the US and Europe," said Mr Brady.

"Probably there will be less trade tensions between the US and Europe on bilateral trade. But I think on the US and China I don’t see much difference in their positions."

"I think Biden will at least look to return the US to world bodies like the WTO," said Feargal O’Rourke.

"He is a traditionalist when it comes to multilateralism."

But experts say it isn't a given that the changing of the guard will see a complete reversion to the time before Trump took office and the scrapping of the America First policy on trade.

"We are not out of the woods yet."

The change in administration arguably couldn't have come at a better time as far as Brexit is concerned, with negotiations reaching a crescendo.

Biden has previously made it clear there will be no trade deal between the US and the UK unless the Good Friday Agreement is protected through the Brexit process.

Now that he is set to become president, that position gains even more currency, narrowing the UK’s options in the trade talks.

"They are going to be looking out for the US first, but it is helpful to have someone saying to Boris and Co, you’ve got to get the border sorted out," said Mr O'Rourke.

It may even help to inject some fresh impetus in the negotiations, which have faltered in recent weeks.

"Biden is much closer to that, has a much better understanding of it, and probably will end up being a boost for us in terms of the diplomatic negotiations," said Mr Brady.

Finally, there is the likelihood of improved economic relations with the US administration.

Already, Ireland enjoys unique access to the White House’s West Wing every March, a tradition that continued under Trump.

Yet the outgoing POTUS's economic ties to Ireland only really extended as far as the cash being generated by his golf hotel in Doonbeg.

But now with a president sitting behind the Resolute desk in the Oval Office who is immensely proud of his Irish ancestry, that access could improve.

"We would be confident from an Irish perspective that Irishness will continue to open the doors on the corridors of power in the United States," said Mr Redmond.

And that could prove very beneficial at a time when it is likely a wave of spending, investment and growth could be unleashed, as the Covid-19 pandemic hopefully comes to an end. 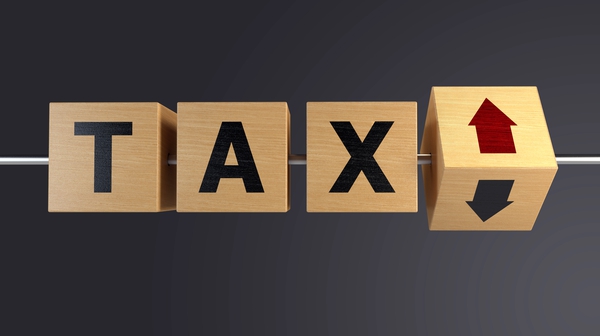 Ireland named as cause of $15.8 global tax loss